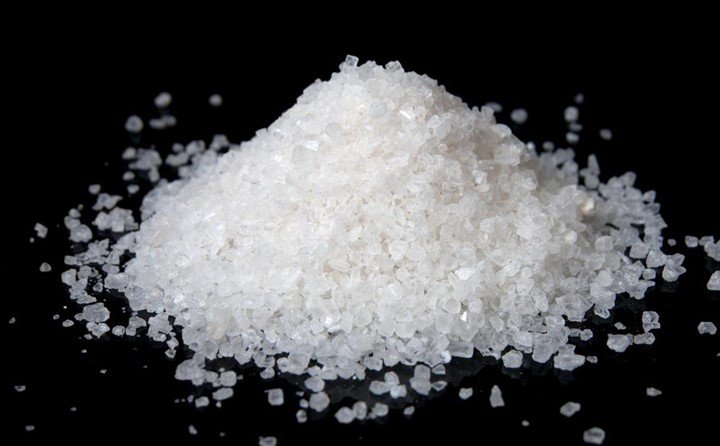 Saltpeter is a name that refers to popular chemicals such as sodium nitrate and potassium nitrate. The main uses of saltpeter include the production of items such as toothpaste, propellants, explosives, fertilizers, and food preservatives. Also, if you want the vegetable matter to decompose faster, then add a concentrated solution of potassium nitrate. Besides, it holds oxidizing properties that can be mixed with the metals to prevent rusting.

Saltpeter occurs naturally, but it can also be prepared in the lab. You can find it from natural places such as plants, soil, and limestone caves. Chiles Atacama Desert contains the largest deposits of saltpeter inform of sodium nitrate and other related compounds. These compounds can be separated through chemical processing. In plants, ordinary saltpeter takes the form of potassium nitrate, and it occurs in the sap of plants — for instance, tobacco, celandine, common borage, and sunflower.

Saltpeter has been used as a food additive for many years. However, today, it is mostly used in the meat production industries to prevent botulism, as a flavoring agent and a color fixative. You can use potassium nitrate to cure food such as ham, fish, and other preserved meats. Its ability to draw water from the meat makes it suitable to reduce bacteria. However, you should note that it contains high toxic levels. Many governments inspect and regulate their usage. For example, the U.S Agriculture department of food safety regulates the levels down to 3.5 ounces per every 100 pounds of meat if its dry cure. For the liquid cure, the regulations are 7 pounds 100 gallons.

Botulism refers to bacteria that cause lethal food poisoning. Saltpeter is used as an antimicrobial to kill this bacteria during the curing process. Also, sodium nitrate can also be used for commercial meat processing as an additive. You can use it at home for curing fish, beef and pork products.

During the curing process, sodium nitrate is added to cause a chemical reaction. This process alters the natural meat pigments. They change to rosy pink hue from brownish/grey. Besides, the nitrates provide distinct cured texture and flavor to bacon, ham, salami, and pastrami. The existence of the delicious hunk of canned beef exists because of the nitrates. Otherwise, it would just be grayish-brown beef brisket.

Sodium and potassium nitrates can be used as rocket fuels. However, most sodium nitrate is the most preferred because it’s lighter. Also, it holds higher oxidizing contents than the potassium nitrate. Keeping it under optimal conditions makes it more powerful.

Plants perform very well in the presence of potassium and nitrogen. Potassium nitrate is used to manufacture the fertilizer that supplies those two compounds. Potassium is vital for plant growth. It boosts the production of the crops.

When carbon, sulfur, and potassium nitrate are mixed, they form a black powder that has explosive properties. Throughout history, the powder has been referred to as the Chinese snow. It is referred to as gun powder today. The inventors mainly used it in bombs and grenades. The use of gunpowder spread to the western world before the thirteenth century. An English philosopher known as Roger Bacon used his preparation method of this material. The rise of gunpowder in Europe hastened the production of guns.

Sodium nitrate, when mixed with potassium nitrate, forms vital storage for concentrating solar power. As a renewable green source of energy, solar is the most preferred alternative. It helps in reducing global warming because it is environmentally friendly. Concentrating solar power plants are more efficient in comparison to photo-voltaic plants. Furthermore, one can boost their productivity by using a rechargeable battery. It helps in storing the heat generated by the sun. Using solar energy helps in cutting the amount of CO2 produced in the air.

Sodium nitrate is combined with a medium molten temperature salt bath for metal treatment. Also, it is used in power generators as thermal storage. To make metals achieve the desirable characteristic after heating treatment is done. Heat treatment involves heating and cooling. Metals undergo heat treatment to achieve hardness, strength, flexibility, corrosion, and toughness. Metals’ properties can easily be changed by heating and cooling them.

Saltpeter is one of the raw materials required for glass manufacturing. Its accurate composition and purity are suitable for manufacturing glass enamels. Furthermore, when sodium ions and potassium ions are mixed, they form chemically strengthened glass.

Mining explosives are mainly made using potassium nitrate. It is highly reactive hence making it a suitable compound to manufacture explosives. Besides, it is mixed with sulfur and carbon to form a black powder, which is highly explosive. Mining explosives are used to blast areas that are rocky or hard to drill using machines. They overturn the underlying minerals hence makes mining easier. Small explosives are also used by a miner to blast tunnels underground. The tunnels help them to transport and to navigate through the mines.

One of the best uses of saltpeter is in agriculture. Potassium and sodium nitrates are fumigants used to manufacture many agricultural products such as pesticides and insecticides. Also, they can also be used to make rodenticides prevent rodents from attacking the storage facilities. Pests can cause very serious damages in the farms; hence, saltpeter is a very important element in this field. Apart from agriculture, saltpeter can also be used to manufacture toothpaste and also to induce flowering to the crops. Tree stump removal products are also made from 98% of such components. It helps by accelerating the natural decomposition because of the nitrogen.