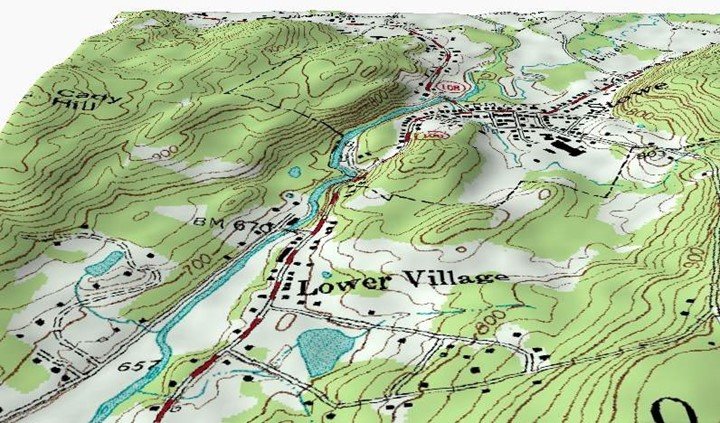 Topographic maps are maps that have a sizeable detailed scale and quantitative figures for relief by the use of contour lines; however, they use various methods. Other natural resources describe them as comprehensive surface relief of the terrain, landforms, areas, forest cover, and means of transport like railways or roads. Conversely, they are differentiated from small scale maps, for example, chorographic, thematic, and planimetric maps. These maps are required for traditional definitions to locate manmade and natural features.

On the other hand, a topographic survey is a series of published maps that are made up of at least two sheets conjoining to make a full map. The line which joins locations of the same elevation is known as a contour line. In 1789, the first series of topographic maps was completed, followed by the trigonometric survey in India, in 1802, and British raj took over in after 1857. This is the year when the large scale went successful and accurate height for the Himalayan peak was determined from viewpoints. In addition, the history of the ordnance survey in the United Kingdom was marked when the military prepared topographic surveys. The survey helped to plan defensive emplacements and battle; hence information of elevation was important.

1. A tool to explore and navigate

This is a form of using map recreationally. Before you navigate, you need to have an essential tool for exploring, and the best one is a topographic map. You have to make sure the top map is waterproof and updated. The scary thing you will not wish to experience is getting lost in an unknown place with a blotted map. Besides, you need to check if the tool has weather snowfall information. This is because; land elevation may vary depending on the total ice available throughout the year. Longitude, latitude, and grids are geographical coordinates used to find places on the map. The coordinates are in the form of degrees and are put on the edges of the map. The reticules of longitude are set along south and north edges of while latitude is on west and east edges. Then you read longitude and latitude, which correspond.

A landslide refers to the movement of earth, debris, or rock towards a section of land that is sloped. Other scientists and geologists, who research about the earth, explain landslides as mass wasting. Mass wasting is a downward movement in which the surface of the earth is worn away. They are caused by factors like earthquakes, rain, volcanoes, and several factors which may slope to be unstable. Topographic maps are used to check areas in the hilly location, which are susceptible to landslides. The maps are used together with the type of soil, road location, and rain duration to determine the places.

Before constructing the dam, the location should be established. Topographic maps help to show submerged areas and dam catchment areas.

Also known as armed forces, they are highly organized, armed forces ready for warfare. They use topographic maps to comprehend the places they intend to fight and make pathways for defeat. Moreover, the maps help to detect the movement of enemies before they reach to attack. Lastly, maps help to locate unfamiliar areas that have natural resources like water.

These maps are essential because they represent the terrain of places accurately. For this reason, most firms use them to understand the kind of place they are in. this includes choosing locations for constructing roads, putting up airports as well as zone land for city services.

Telecommunication is known as the transmission of sounds, signals, signs, writings, and words, images using radio, wire, and electromagnetic systems. Topographic maps help to check areas that are suitable for putting up telecommunication lines such as mobile towers. This helps to give sufficient network coverage.

2d maps are double dimensional pictures that are mapped on the geometric object surface, and environment maps use them to make a scene background. Topographic maps are needed to create 2d maps that we conveniently use. All locations found on 2d maps must be adjusted to value z at the location. This value can only be found on top maps.

Top maps are essential when it comes to planning methods to preserve the environment, such as soil conservation. 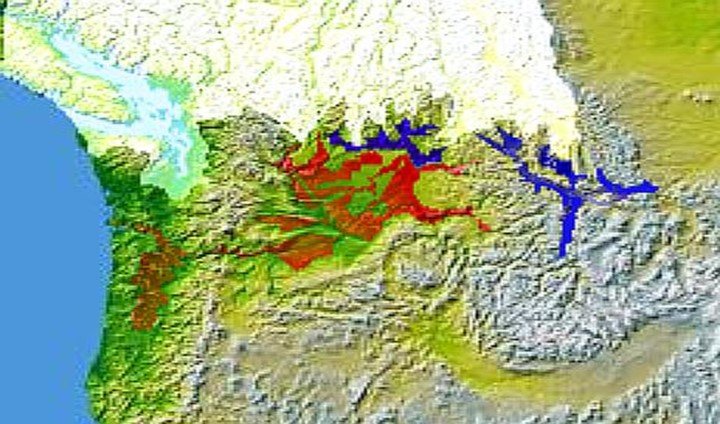 Floods mean water that overflows on dry land and submerges it. Floods have become one of the most common disasters affecting people and destroying property across the world. They often happen where there are heavy rains, break of dam levees, fast melting of snow, and waves come from the ocean to the shores. Top maps help to perform analysis of floods since water can only follow the gradient of the terrain.

It is challenging to get constructing materials for building in remote and elevated areas. However, with top maps, you are capable of making a plan for a better route. For instance, constructing a cabin on a mountain with no roads, a map will help to plan a route in the forest.

Having a top map will make you decide where to build your house or property. Also, the government uses them to identify land for development. Steep locations are not selected for residential and commercial use. On the contrary, lower areas are ideal places for building schools, malls, and hospitals.

Transportation is described as the movement of people and goods from a particular place to another by various means. Index civilization has led to the growth of transport in safety means over long distances. Although offering transportation to all people has become a challenge in our society. Municipalities are capable of making routes in a geographical area by use of top maps. Furthermore, they provide additional information about building highways and help to select the best route.

Topographic maps are commonly used in the geological survey. They help to take care of our mother nature from usage through keeping a record of land used and how deforestation changes it. Besides that, fire systems can be designed by top maps to work during emergency outbreaks. These maps predict any potential outbreak as well as explore mineral deposits. They assist planners in seeing where minerals are dug and ideas for the next mining.