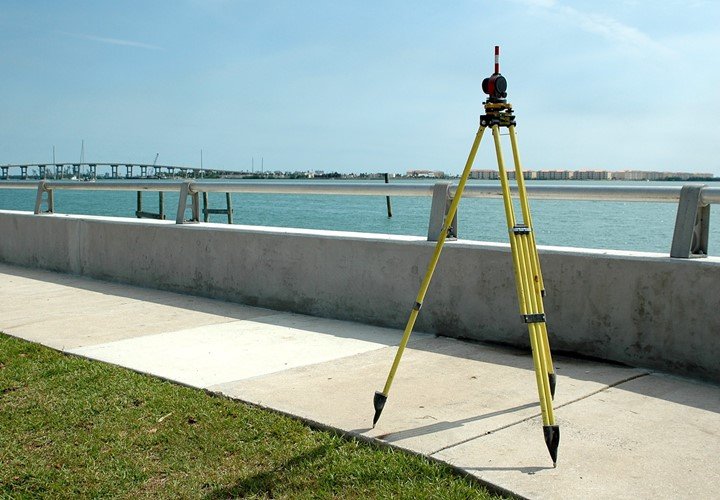 A total station is an optical device that is used in modern building construction and surveying. There are many uses of the total station in the 21st century, especially in the construction industry. The device has turned out to be one of the most important in the industry. Sometimes it plays a significant role in the quality of roads and houses being constructed. A total station uses an electronic distance meter (EDM) in conjunction with an electric transit theodolite.

You can use this instrument to measure vertical angles, horizontal angles, and the sloping distance of an object. Furthermore, it holds various components, such as a storage system, an electronic data collector, and a microprocessor. These components enable it to carry out tasks swiftly. You can download the data that the total station collects later using a laptop. It is mainly used by civil engineers and land surveyors to either record the topographic features.

One of the major uses of the total station is distance measurement. It contains a modulated infrared carrier signal, which helps to calculate the distance after being reflected by the object under the survey. Within its optical path, the total station contains a solid-state emitter that is responsible for generating the infrared carrier signal. After the signal has been reflected, the returning signal is interpreted by a computing chip inside. It calculates the distance from the multiple frequencies it receives and determining the wavelength of each of them. Total stations can measure accurate distances of up to 1500 meters.

Advanced total stations contain sophisticated chips that are used for data processing. Other models come with data storage to record distance, vertical, and horizontal angles measured. Besides, you can find others designed to transmit the data to an external collector. After recording the data, a handheld computer can be used to process the data and also generate a map. However, new generation total stations do not require an external computer to compute the results. They process data instantly and even display maps on their touch screens.

Land surveying mainly involves measuring distances; hence, a total station is a very relevant tool. Using measuring tapes is not efficient to measure long distances. Land surveying also involves the act determining angles in three dimensions. All this information is processed by the total station to produce a map of ownership. When marking boundaries, land surveyors use this tool to check to connect landmarks on the earth’s surface. A land survey is a prerequisite by the government before selling land.

Automatic targeting systems are incorporated in the total station to improve efficiency. It makes targeting easier and faster; with a push of a button, you can target and locate anything on the surface. The telescope points to the reflector, and the total station automatically measures the distance, angles, and processes of all the values. The whole process takes place fast, making your work easier. Automatic measurements would not be possible without this device. It can also be used to follow moving targets accurately.

A total station can be used to determine the coordinates of an unknown point. However, a straight line of a known point has to be established first. Distance and angles of the point under the survey are measured in the form of X, Y, Z, or Northing, easting, and elevation. The results are then compared to the total station coordinates and other known points. Sometimes trigonometry and triangulation are used to come up with accurate results. An absolute location can be determined by the total station using sight observations by a process known as free stationing

Measuring angles is makes one of the major core uses of a total station. It uses the means of an optical, electrical scanning system to come up with results. These systems contain a rotating glass incorporated with digital barcodes. The rotating glass can be in the shape of discs or cylinders with measurements. It is easy to read the angles of the earth from the glass. However, you have to record the readings on a piece of paper. Digital stations record the readings in the main memory, where it can be accessed later using a computing device.

Electrical and mechanical constructions use layouts that depend on total stations. When laying out the locations of underground penetrations X and Y axis are used. Underground utilities such as cables and pipes depend on this device. Engineers are able to measure the distance between two points and also locating the underground tunnels. Commercial industries use the device to determine the coordinates of cables and wires.

Before the mining process starts, the land has to be measured. It helps to determine the size of land that will be mined. Governments also use it to measure land that will be compensated to the settlers of a given place. Data processed by the mining stations such as maps are very useful to the excavators. Miners can easily determine places rich in minerals. It is a multipurpose tool in the mining industry. Besides, total stations are used to record absolute locations of ceilings, floors, and tunnels.