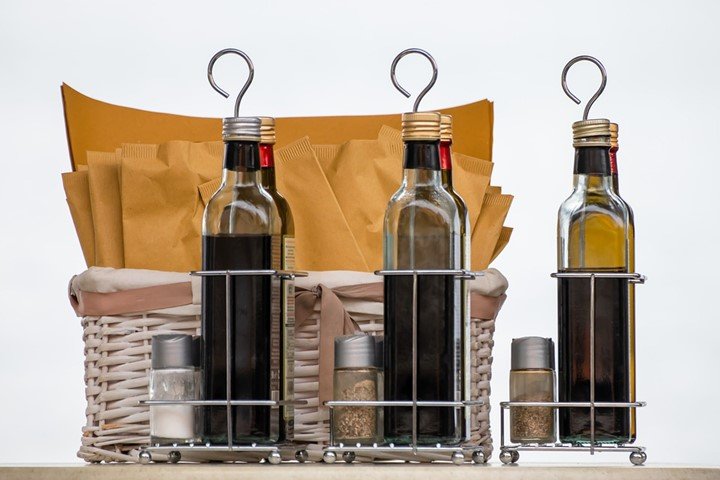 Apple cider vinegar is a type of cider vinegar that is made from fermented apples and water. It has many uses ranging from health uses to recreational uses as well as cooking. Some of the well-known uses include; it is used as a food preservative, making food salads and marinades. In health, it is used to help reduce the risk of cancer, to lower blood pressure, and also soothes a sore throat. In addition, other uses may include; baking, cooking, and a preservative.

2. Lowers the risk of cancer

Cancerous cells are said to be killed by vinegar, and therefore, apple cider vinegar helps to reduce the risk of cancer.

Apple cider vinegar is proven to help consumers to consume very few calories, which leads to a loss of weight as well as a reduction in a fat belly.

Apple cider is considered a remedy for sunburns that is one may consider mixing it with the bathwater and then apply to the areas with sunburns. The vinegar relieves pain as well as helps a person to deal with discomfort. Apple cider vinegar contains antiseptic properties that help the sunburns from being affected.

Like many other conditioners in the market, apple cider vinegar can be used to rinse hair and leave it shiny as well straight. In addition, the vinegar is also responsible for detangling hair and removing any products that may have buildup.

This is considered as an alternative to the commercially sold deodorants. It can basically be used as a deodorant when it’s diluted, and one can use it on their underarms. In addition, it is used as a mouth wash due to the antibacterial properties that it possesses, and this help individuals dealing with bad breath. It is proved that this vinegar is able to be used this way because it kills bacteria responsible for bad odor.

The antibacterial properties of apple cider vinegar are responsible for removing unwanted oil on one’s skin. In addition to this, the skin pH is rebalanced, and acne is improved. More is that the vinegar contributes to healthier skin. The vinegar is also used on the skin as it helps to reduce other skin conditions, and it helps to reduce aging signs.

A wart is a growth on the skin that is caused by a virus. Apple cider vinegar, due to its acidic nature, is responsible for getting rid of warts on one’s skin.

Most of the commercial cleaning agents contain antibacterial properties, which also are contained in apple cider vinegar. The properties help the vinegar to kill bacteria and hence may be used as an alternative to the other cleaning agents. It may be used for cleaning the floor, houses and even equipment’s among others.

10. Flea and tick repellent on pets

Apple cider vinegar mixed with water can be applied to your pet’s body to get rid of flea and tick habitats. The mixture creates an environment that is inhabitable by the ticks and fleas.

11. Used as a whitening mouthwash

It is evident that apple cider vinegar gets rid of bad smell, and in addition, it gets rid of stains on one’s teeth, which makes them whiter. The vinegar is supposed to be used directly on one’s teeth and later rinsed off with water. However, one should take caution in that they should not use the vinegar on a daily basis as it contains acids that may be dangerous to the tooth enamel.

Apple cider vinegar is acidic, and the acid contributes to the killing of the fungus that grows into dandruff. One is supposed to mix the vinegar with water to make it dilute and then apply it to the scalp.

When cooking, apple cider vinegar is an essential ingredient as it is used as a marinade to marinate steak as it offers a sour and sweet flavor in all its foods.

15. Used as a food preservative

In conclusion, it is evident that apple cider vinegar has a variety of uses that have ranged from health, cooking, household as well as beauty. In each of the mentioned, the vinegar has specific uses such as is used in dressing salads, in sauces, drinks, and many more. Apple cider has been used as a homemade vinegar that is very efficient in many household activities; therefore, all households should have it.

14 Uses of sage in cooking