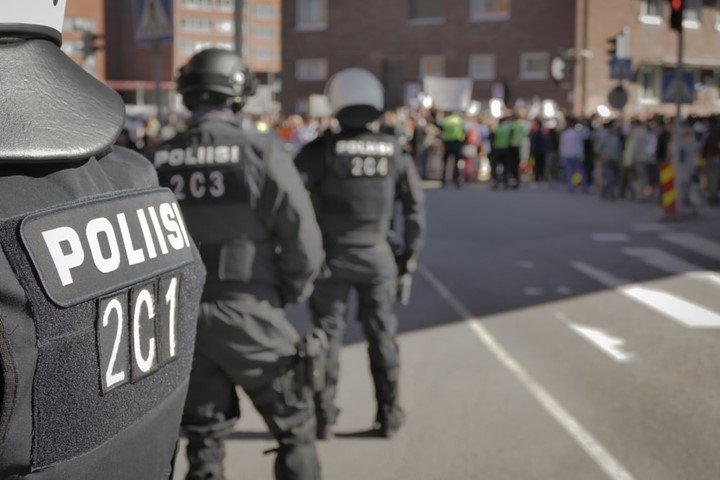 Over the recent years uses of computer in law enforcement have increased rapidly. These computers are responsible for holding sophisticated software that allows police to carry investigations swiftly. In addition, they hold databases, act as a rich source of intelligence and as an avenue of communication.

Without the help of computers in law enforcement, catching the bad guys can be a very hard task. Today most robbers are afraid of the surveillance cameras hence crime has reduced. These surveillance cameras are connected to a computer system where data can be reviewed in case anything suspicious happens. Computers make police filing safe and makes it easy to access.

Uses of computer in law enforcement.

Police officers make use of computers to capture the crime scene for further investigations. Images are captured using a high-quality camera and the sent to the computers for further processing. All data that is acquired from the crime scene is processed using special features and software to extract evidence or traces of the culprits.

Computers are used by law enforcers to communicate. They always have a special coded language to avoid hackers from tapping their message. Law enforcement can send pictures, documents, and other materials instantly to different locations hence time. Without computers, communication between police officers could be very difficult. However, police officers can be able to track down criminals fast with efficient communication.

Computers are used to store data for people with criminal records. Every time someone makes a crime it is recorded on the police database for future reference. When interviewing motorists, the traffic police can easily check credentials with the help of computers. In case, crime needs to be recorded they do it at the spot while the evidence is fresh. There is no doubt that the police database is one of the most popular in the uses of computers in law enforcement.

Citizens can easily report crime by accessing police customer services with the help of a computer. Police respond to such distress call urgently making it efficient for everyone. In addition, police can determine the location of the victim by looking up their IP address.

Police use computers to track down hackers. Every department contains experts that deal with cybercrime. It is estimated that billions of money are stolen because of cybercrime. Also, police use special tactics to catch cyberbullies that harass others on the internet. Cyberbullying is a crime that affects thousands of people throughout the world. When such a crime is reported to police track down these people by using their own systems.

Law enforces uses computers in tracking down criminals. Additionally, police recover stolen gadgets easily. They use special programs that are designed with tacking capabilities. Using maps on these devices show them the exact location and directions of a crime scene. Pirates’ ships or terror aircraft are tracked using radar systems.

Public places such as airports, bus stations, stadiums, and meetings are always monitored by law enforcers behind a computer. With the help of CCTV cameras, security guards can detect unusual activities and act fast to prevent crimes. Security firms are provided with programs with facial recognition technology to track missing people or wanted criminals.

Police use geographic information systems to trace the activities of criminals. The systems can map the movements as well as store information for later uses. Many phones are embedded with the GIS systems which makes work easy for law enforcers that are tracking criminals. Stolen vehicles equipped with GPS are tracked easily by the police.

Investigators identify fingerprints from crime scenes and the run it on their database to find matches. This technology helps to apprehend criminals fast. Computers accelerate the process because matching fingerprints to criminals take a short time.

11. To educate the public

Law enforcement agencies use the internet powered by computers to educate the public. It is also used to alert people or inform them about ongoing projects. Pictures of dangerous people or missing people are also posted to the website to raise awareness. Because some criminals share information on the internet, police use it to prevent crime or as evidence to prosecute them.

Traffic in major cities and towns is controlled by police through the help of computers and surveillance. It has helped in reducing traffic and accidents that occur on the roads. When police are involved in a chase, computers make easier for them to catch criminals on the run. For example, they can block roads that are automated from a remote place allowing them to catch criminals with a lot of ease. The same computer technology is applied in train stations and airports too.

Police can raid terror areas with computer-guided missiles and drones. Using this technology has helped to fight terror in so many parts of the world. Law enforces first identify a place infested with terrorists or their training bases. Secret drones can be sent to spy on them or to make sure that citizen’s lives are not at risk. Finally, attacks are launched from their command centers assisting other officers on the ground to fight the terrorists.

Computers store information and process payments of police officers. The state can Payments are distributed electronically to organizations or people. Money allocated for law enforcement projects is also transferred electronically in most cases.

Computers are used to train officers before they graduate. A good example of computer training to the police is tracking down illegal activities such as drug and weapon trafficking on the internet. Additionally, they pass through a training of drawing the faces of crime suspects using computer programs.