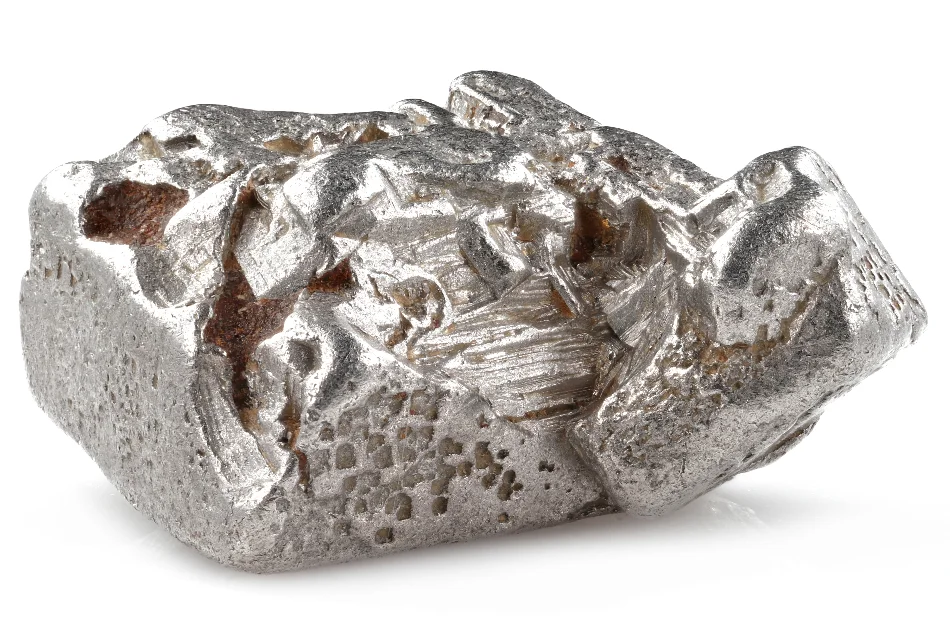 Platinum is a rare, dense, silvery-white, stable metal with a lustrous sheen. It is a chemical element represented as Pt and 78 as the atomic number. It is a relatively inactive metal. It has a melting point of 1.773o C, a boiling point of 3.827oC, and a density of 21.45 grams per cubic centimeter. It contains rhodium, palladium, iridium, and ruthenium. It is also ductile and malleable and does not corrode when exposed to air.

Platinum has several uses; for instance, due to its silvery characteristics and ductility, it is used to make jewelry. Also, it is used in industries for various reasons, such as the production of medicine, hard disks, and glass. Apart from the uses, it is important to be cautious while handling Platinum. It causes skin irritation and rashes when spilled on the skin. It also produces dust that causes shortness of breath, irritating nose and sneezing when inhaled. Below are some of the many uses of Platinum;

It is used in the automobile’s exhaust system as a catalytic converter. Palladium is combined with Platinum to help in preventing gas emissions that cause greenhouse effects. Harmful emissions such as hydrocarbons, nitric oxide, and carbon monoxide are converted catalytically into harmless water and carbon dioxide.

Jewelry made from Platinum is generally pure and attractive. Platinum provides diamonds that are attractive and beautiful, which are used in the production of jewelry. Some jewelry includes necklaces, bracelets wedding bands, among others.

Fiber optic cables and hard disk drive coatings are made from Platinum. The hard disk is used for data storage. It contains platters where data is stored on magnetic surfaces. Besides, the high addition of Platinum to the Cobalt alloy enables a higher density of data storage.

Platinum acts as a catalyst converter of ammonia to nitric acid in explosives and fertilizers. It is also considered for silicone fabrication in construction sectors, aerospace, and automotive sectors. Household detergents also require Platinum as a catalyst for the production of their biodegradable elements. It enhances combustion and reduced emissions in the engine as it acts as a petrol additive in the fuel sector.

It’s used as an alloy for the restoration of dental and in apparatus used in neurosurgical. It is also used in making the best wires and connections used in implants due to its ability to hard to wear out. The wires and connections are not corroded by acids in the body. It is also considered in the production of anticancer drugs. Besides, it is used in neurological dysfunction and pain control in neuromodulation. They are also used to improve blood flow and widen blood arteries in mesh tubes.

Platinum relative scarcity, unique fundamentals, and historical price performance have created an attraction for platinum investment. Platinum bars and coins are rare in the world hence the attraction for investment. It is considered the best way of preventing inflation from assets.

Its ability to resist corrosion and to maintain high temperatures is important in handling hot substances, especially molten glass. Platinum tools are used to create hair-like strands for making fiberglass and liquid channeling. The fiberglass is then used in glass-making equipment, where it focuses on crystal liquid display glass, printed circuit boards, pipes in sewerage systems, installation for home water, and plastic fiberglass. Computer screens also contain cathode ray tubes made from Platinum.

Proton exchange membrane fuel cells are catalysts by Platinum. The cells contain low temperatures and quick smart cells that run on pure hydrogen. The cells are used in power generators for buildings and automobiles. It is also important in portable equipment like hydrogen-powered fuel cell platinum, where it acts as a durable and effective catalyst.

It is used as a catalyst in crude oil for extracting gasoline and making fuels of high octane. Its gauze is preferred in oil refineries for the cracking process. High octane components for gasoline are created by the use of Platinum through the process of isomerization and reforming. It is also used in upgrading refinery feeds in the hydrocracking process.

Platinum wires are used in the laboratory as electrodes. It is used for ceramic multilayer captors in the electronics sector. This enables the storage of energy in electronic devices such as computers, high voltage circuits, broadcasting equipment, electronic lighting, and mobile telephones. Lead frames and connectors planting in hybrid integrated circuits are enabled by the presence of palladium in conductive tracks.

Platinum and palladium combined with copper, gold, silver alloys are used in the manufacturer of dental articles and devices for bone prosthetics such as braces, crowns, hinges, among others. It is also used purposely for drill and fill in a tooth.

Monomers are prepared through hydrolyzation reaction in the silicone industry. The reaction is catalyzed by the use of Platinum highly activated. Platinum is extensively used in the reaction where silicon hydrogen is added across the saturated bond, resulting in silicon-carbon formation.

Platinum properties of being durable, corrosion resistant, and having good conductivity make it preferable to be used as carbon monoxide and smoke detectors. A smoke detector requires its components to be durable and reliable, like Platinum. The components are used after a long period of time being inactive. In CO detectors, because the platinum isotopes are reduced to Platinum in the presence of Carbon monoxide, it changes color giving a warning of the presence of poisonous gas. Because of Platinum, the smoke and carbon monoxide can save lives from CO poisoning and domestic fires.

Crucibles are crafted from platinum sheets. They are cut into blanks are roasted over from steel. The Platinum enables the crucibles to attain a fine crystal grain. The crucibles are used for wet chemistry, Ash testing, loss on ignition application, and sample preparation in the laboratory. Platinum enhances the ability to resist chemical deterioration.

Small engine parts and aircraft engines are manufactured by the use of Platinum. Aircraft blades and spark plugs are also made from Platinum. It is considered for use as it can be easily recovered after the management scraps the aircraft parts.