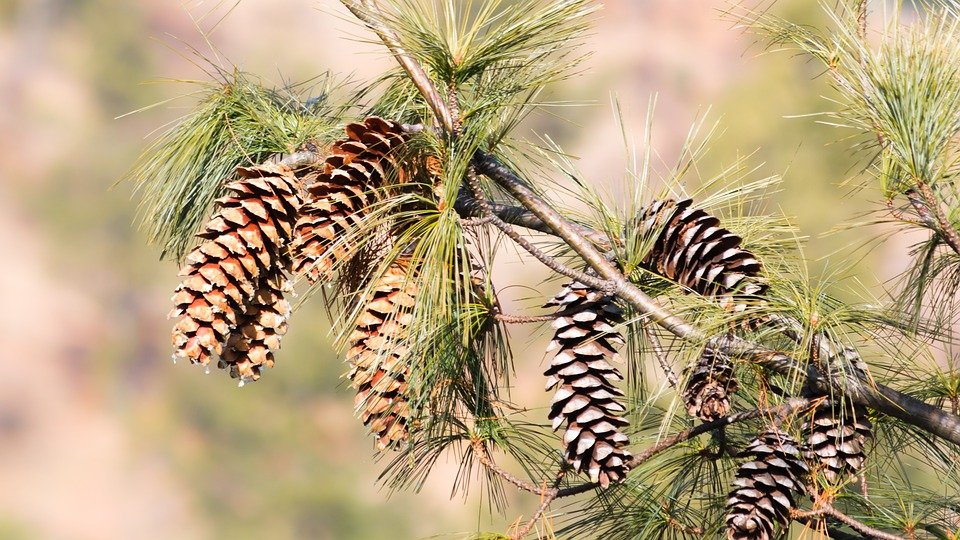 Gymnosperms are types of seed-bearing plants that include cycads, conifers, gnetophytes, and Ginkgo. Gymnosperms have numerous economical uses, for example, cedar, pine, spruce, and fir are types of conifers that are popular in the production of paper, resin, and lumber. Other uses of gymnosperms include soap, nail polish, varnish, gum, perfumes, and food.

Gymnosperm is a term coined from two Greek words ‘gymnos’, which means naked, and ‘Sperma’ which mean seed. Thus, gymnosperm can be loosely translated as naked seeded plants.

Conifers are the most common type of gymnosperm and are usually used to create habitat for wildlife. Cycads, on the other hand, are types of gymnosperms that grow slowly and don’t reach the heights of conifers. They are often found in tropical and subtropical areas as well as few arid regions. Gnetophytes have been used for many centuries in ancient China as medicine. The last type of Gymnosperm is the gingko and is considered to be the oldest known genus of living trees. The plants are most common in parks and streets due to their aesthetic value.

They have a sporophytic body and differentiated into leaves, stem, and roots

The plants are evergreen

They are woody plants with erected branches

The leaves are foliage and scale

There are over 700 species of gymnosperms, some of which have great economic value.

The uses of gymnosperms

Gymnosperms have long used history as ornaments especially in the Asian region. Conifers, for example, are widely used in the formal garden as well as bonsai.

Other types of conifers that are low-growing such as junipers and yews are used as hedges and for ground cover. Conifers are perfect windbreaks, more so the types that are evergreen.

Cycads are used mainly used as garden plants especially in warm climates, while some may be used as houseplants. Cycads provide aesthetic values when used indoors with their colorful cones and leathery green foliage.

Examples of gymnosperms used for ornamental values include:

Ginkgo – is a sacred plant also used as a leafy ornament

Pinus – used as an avenue tree as well as bonsai

Ginkgo is an endangered species of gymnosperms that is known for its hardy features. The trees are currently being extensively cultivated in some regions and can be even found in harsh areas such as the streets of New York.

Coniferous wood is also resistant towards fungus and insects.

Lumber or timber – as it is widely known, is a type of wood produced through an industrial process to form planks and beams. Lumber is used mainly for construction purposes as well as other uses. Most of the commercial lumber supplied worldwide is derived from the trunks of gymnosperms such as spruce, Douglas fir, pine, hemlock, and fir. In Southern Hemisphere, the most common conifers used for lumber includes the kauri, araucaria, and podocarpus. Gymnosperms are softwood in nature, and that is why they are easily worked.

Most of the lumbers derived from the gymnosperms are used for construction and railroad ties and utility poles.

The main application of gymnosperm lumber in construction is the aromatic cedar wood that is used in the making of clothes chests, closets, due to their moth repellent characteristics.

The woods made from gymnosperms are known to be durable and are also lightweight.

Agathis australis is the largest source of timber of all the gymnosperm trees.

Fibers of gymnosperms are used in processing paper pulp as well as creating artificial silk and other types of textiles. The white spruce, Picea glauca is the chief source of pulpwood in the North American region and is used for making newsprint as well as other papers.

Some types of spruce woods are used to make violins and other similar string instruments as the woods produces the desired resonance.

Conifers are used most often in reforestation projects due to their vigorous reproduction.

Conifer bark is commonly used as an element in the leather tanning industry.

The barks of conifer trees are often used for making garden mulch. Even the leaves of the trees after pruning can be added to a compost bin and turned into a valuable mulching material.

Conifer sap is usually milked from the trees to provide useful gums or resins. The bark or the wood of the conifer is cut slightly to initiate the flow of sap. The sap is collected and extracts oil through a steam distillation process. The most common types of conifers that produce valuable gums are the Araucaria and Agathis, which usually produce white milky resin.

Conifer trees are used to make these versatile products used for range applications including in interior and exterior constructions.

After the resin is extracted from the conifer tree, it is then further processed to obtain rosin, turpentine and wood alcohol or methanol. A hardened form of resin called copal is abstracted from kauri to form varnishes and paints.

Some conifer trees produce reins such as dammar from Agathis and balsam from hemlock, which are used for the preparation of mounting media for microscope slides.

Some types of amber come from conifer trees. Amber is usually dripped from the trees and fill internal fissures, and trapping debris such as seeds.

Source of old used in scents

Gymnosperms as a source of food

Most seeds of gymnosperms are sources of food. For example, roasted pine seeds are used as a garnish on bakeries or delicacy eaten plain. However, seeds of some class of gymnosperms such as Ginkgo, and cycads are poisonous, and can only be consumed if detoxified. Here are more uses of gymnosperms as a source of food.

Cycads store starch in their trunk which can be extracted. However, cycads are known to be poisonous, so the starch must be detoxified through grounding, soaking, drying, and then roasting before it can be consumed. The most common starch extracted from the cycads is the sago.

Starch can also be obtained from the seeds of Dioon edule and Cycas rumphii. The starch is then ground into flour and then cooked before eating.

Chillgoza is a seed of gerardiana, which are also eaten.

Kaffir bread is prepared from the trunk pith of Encephalartos.

The leaves of Cycas can also be cooked as vegetables by some communities around the world.

The seeds of Gnetum are also edible

Uses of gymnosperms for medicinal value

Anticancer drug Paclitaxel (PTX) commonly known as Taxol, is a type of alkaloid extracted from the bark of a conifer called Taxus bervifolia. Taxol is known for its fiber inhibition property, which is essential for preventing cell division progression. The main application for the drug is in the chemotherapy of breast cancer, ovarian cancer, breast cancer, cervical cancer, lung cancer, and pancreatic cancer.

Ephedrine is an alkaloid that is extracted from the plant Ephedra, and it is used in the treatment of cough, cold, asthma, and bronchitis among many other illnesses. When Ephedra undergoes decoction, the result can be sued as a cardiac stimulant.

Juice extracted from the young leaves of Cycas revolute can be used to prevent blood vomiting.

A type of gum extracted from Cycas is an antidote for snake bites as well as used to prevent malignant ulcers.

The roots of Cycas can be used to treat rheumatic pain and cold, while the seeds are used to relieve hypertension.

Gymnosperms have numerous benefits to the ecology, including:

Reduce the effects of greenhouse gasses

When used in reforestation, gymnosperms can help reduce soil erosion.

The evolutionary importance of gymnosperms

Gymnosperms are known to help scientist learn more about the past. The seeds of coniferous were the first seed plants in history, to protect their reproductive parts in small structures called cupules. The seed ferns are believed to have given rise to the gymnosperms in the era of the Paleozoic, about 390 million years ago.

Gymnosperms plants become populous and diverse during the era of Carboniferous that took part around 319 million years ago.

Gymnosperms such as Cycas and Ginkgo are what scientist call ‘Living Fossils’ and help significantly in providing information about the past flora of earth.

Sequoiadendron giganteum – a coniferous is currently the tallest living organism on earth! It rises more than 1 meters high and is can be found in the Redwood National Park in California, United States.