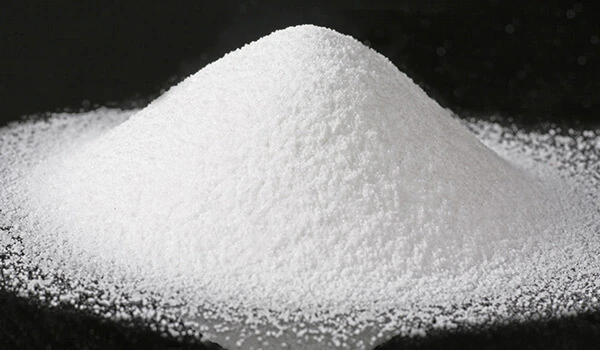 Zinc oxide is derived from a naturally occurring mineral known as Zincite. It is also a non-prescripted astringent, which is mild with weak antiseptic properties. However, it is used to prevent and treat various skin conditions. The conditions include; minor abrasions, diaper rash, chafing, and minor skin irritation. It is also largely known to be an inert, white compound that is also used in a bulking agent and white pigment.

Zinc oxide is an important trace element. In addition, zinc oxide is used in vitamins as a supplement as an additive in animal feeds and fertilizers. However, it contains deodorant and antibacterial properties, making them effective in toiletries, cosmetics, and medical products. Furthermore, its property to absorb ultraviolet light has enabled it to be used in sunscreen lotions. This protects the skin from cancer, sunburn, and damage, as both longer wavelength and shorter wavelength radiation are blocked. Other uses of zinc oxide are as discussed below;

Zinc oxide is essential in the composition and ceramic glaze. However, zinc oxide properties, high-temperature stability, high heat capacity, low coefficient of expansion, and thermal conductivity which are essential in ceramic production. Zinc oxide decreases heat capacity and increases thermal conductivity. However, zinc oxide produces crystalline and matte surfaces when moderately used in high amounts. It also affects the optical properties and melting point of enamels, glazes, and ceramic formulations. Furthermore, its low expansion property is considered responsible for improving the elasticity of glazes by reducing the change in viscosity, which prevents shivering and crazing.

Zinc oxide powder used in paints has been utilized as an anti-corrosive coating for metals. They are essential in galvanized iron. Since iron is difficult to protect due to its reactivity with organic coating, which leads to a lack of adhesion and brittleness, zinc oxide paints are considered as they retain adherence and flexibility. However, zinc oxide coatings are used in heat-saving windows as it only lets in the visible part of the spectrum. Polyethylene naphtholate can be protected by the use o zinc oxide coating, which reduces the diffusion of oxygen.

Zinc oxide is a potential applicant in laser diodes and light-emitting diodes due to their wide direct bandgap. Additionally, it has a larger exaction binding energy, which results in bright room temperature emissions. Zinc oxide’s property stability to high energy radiation and its ability to be patterned by wet chemical qualifies it to be used in electronic applications. It is also used in random lasers to produce electronically pumped ultraviolet laser sources. Furthermore, zinc oxide is used in solar cells as a front contact.

Zinc oxide is important in reducing inflammation stemming from obstructed pores and acne. It is also essential in decreasing antimicrobial bodied and bacteria responsible for acne. Zinc oxide regulates sebum production, which causes acne. Additionally, zinc oxide serves as an astringent and shrinking pore size, which in turn reduces chances the chances of grime and dirt being lodged into the skin.

Zinc oxide is used in the diaper rush industry, where it enhances tissue growth. It is also essential in shedding skin ulcers, diaper rashes, scrapes, and skin irritants by allowing new skin to replace topical blemishes and rejuvenating skin. However, it is considered in protecting skin sensitivity by forming a topical layer that prevents the infiltration of irritants and harmful bacteria. In addition, zinc oxide is essential in helping suppress irritant diaper dermatitis resulting from diarrhea.

Zinc oxide is used as an additive in the rubber industry as it promotes the vulcanization process that is used in the manufacture of tires. In addition, it is also essential in improving the removal of heat generated during the churning motion of tires due to its good conductivity. However, zinc oxide also protects the rubber from fungi.

Zinc oxide is applied as a prosthodontic and restorative in dentistry. Its property of antibacterial makes it to be used in oral care products, cotton fabric, and pharmaceutical packaging.

Zinc oxide added to the food increases food’s nutritional value. However, it acts as fortifiers that help to improve the appearance, texture, flavor, and storage properties of the food.

Zinc oxide is used in cosmetics and personal care products such as lotions, foot powder, makeup, bath soap, and baby lotion. It acts as a skin protectant over the counter and a sunscreen. Cosmetic products from zinc oxide help prevent sunburn and premature aging skin by blocking the sun’s ultraviolet radiation.

Zinc oxide helps minimize the dehydrated and dryness of the skin by enabling the moisture to stay in the skin’s barrier. However, it is also essential in the manufacture of astringents, which help reduce large pores’ appearance, cleanse the skin, and help tighten the skin. Furthermore, it reduces the blemishes and appearance of irritation by absorbing excess oils from the surface of the skin.

Zinc oxide is a component used in cigarette filters. Zinc oxide is combined with iron oxide to remove hydrogen cyanide from tobacco without affecting its flavor. However, zinc reduces glutamatergic brain system activity and modulates the activity of the narcotic receptor in the brain.

Zinc oxide affects the gene generation in lymphocytes, which influences the function of cells mediating non-specific immunity. However, zinc oxide acts in the induction of specific immunity by acting on the activation of T-Lymphocytes. In addition, zinc oxide functions as an anti-oxidant and stabilizes membranes hence preventing free radical-induced injury during the inflammation process.