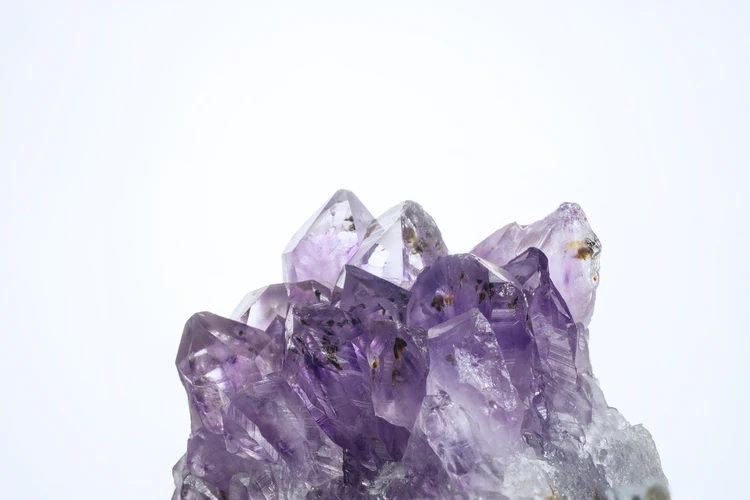 Quartz, in other words, it’s known as silicon dioxide, or simply it’s a chemical compound comprising of one part silicon and two parts oxygen. It is known to be one of the most abundant minerals on the earth’s surface. The best thing about this mineral is that it is not easily affected weathered by a chemical or mechanical process. It is mainly found in the desert sand, on the beach, and on the rivers. It occurs in almost all colors, so it has no specific color for its identification. It is used in glassmaking, gemstones, abrasive, hydraulic fracturing proppant, and foundry sand, among other uses.

This is one of the major and well-known uses of Quartz. Simply Quartz is the raw material of making glass since silica dioxide, which is Quartz, is melted and cooled down to ant glass shape of preference. In India, for example, they use a lot of Quartz to make various types of glass, some of which include; plate glass, fiberglass, and container glass, among others.

An abrasive is a material used for cleaning hard surfaces. Quartz is able to make good abrasives because it can resist corrosion, and it’s hard in nature.

3. Used as a foundry sand

4. Used in the petroleum industry

Quartz is used in the hydraulic fracturing process, which involves the use of silica sand and other chemicals. These chemicals are exposed to high pressure and passed through a well hence silica contained in the mixture sticks to the fractures, and a safe way is created, enhancing the flow of natural gas.

5. Used in watches and clocks

Quartz crystals are used in clock and watchmaking because they contain oscillators that have the ability to vibrate at specific frequencies enabling them to regulate clocks or watches movement. In addition, these quartz crystals are also responsible for electrical production in the case of mechanical stress subjection, and that makes them essential in keeping tabs on time.

6. Used as a gemstone and in jewelry

Quartz is durable, crystalline, hard, and publishable, and for that, it becomes the best material for jewelry and gemstone. As stated earlier, Quartz has a variety of types, and those that are suitable for jewelry include; Opal, Ametrine, and rose quartz, among others.

7. Used in the refractory industry

Quartz sand is strong and can easily resist heat, and for that, it has been used to make refractory bricks well as smelting out crude edges on metals.

Many kitchen countertops, especially those made for commercial and residential purposes, have built them using quartz stones because these stones are beautiful, can be cleaned easily, do not retain stains, and are very luxurious. Quartz is non-porous, and that’s why it’s able to resist stains.

10. Used in the making of crucibles

Crucibles are basically the containers used in laboratories to hold chemicals during thermal or chemical tests. This mineral has a lot of properties, but its high melting point and its inert state, in this case, make it efficient to be used in crucible making. More properties that account for its usage here are its ability to resist thermal shock, its ability to expand slowly, and lastly, its stability.

Many electronics such as GPS transmitters, computers, radio transmitters, and radio receivers are some of the electronics that use Quartz for its properties. Most of these devices use Quartz for its accuracy and its ability to be unaffected by many solvents. In addition, Quartz is able to remain crystalline at very high temperatures and also because it is able to produce current when compressed.

Quartz is used as a filler in powder form because it offers some of its properties, which include; its strength, durability, resistance to wear, and lastly, its chemical inertness. It is used as a filler in putty, rubbers, adhesives, and paint manufacturing. In addition, industries of mining and railroad also use it due to its durability, and for that, it is used to manufacture traction for both industries.

13. Used in the production of synthetic crystals

Synthetic crystals are man-made and engineered in labs through the process of dissolving silicon diode in an alkali water solution under very high temperatures. These crystals are used in the solar industry as well as in the electronics industry. The crystals made from this process are able to resist high temperatures, corrosion, compression, and acids.

14. Used in the ceramic industry

15. Used in lamp and heaters

Due to its ability to withstand high temperatures, Quartz is therefore used to seal the lambs and heaters with tubes made of Quartz. It is also preferred for this application since it is transparent to radiation. The heaters, just like the lambs, also use the radiation as a mechanism of heat transfer.

To sum up, it is fundamental to note that the properties of Quartz have made it efficient in all the above uses. The fact that its strength has a high melting point, it’s crystalline, among others discussed in the article.