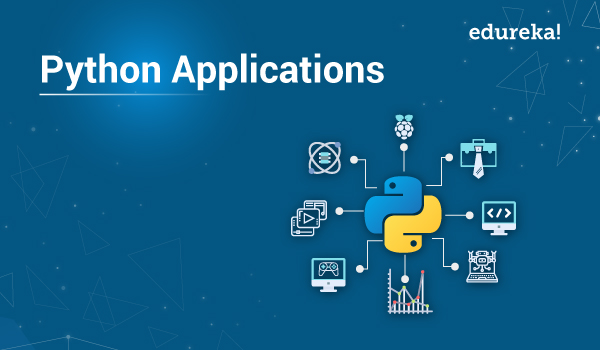 Python is an object-oriented, interpreted, high-level programming language with useful semantics; in simple words: Is a general-purpose programming language. Python is easy to learn and understand; this helps a lot of users where the cost of maintenance will be reduced. Can take part used some modules and packages hence uplift code reusability and program expansible. The language contains an extensive standard library that can be available in binary or source and freely distributed. Python has extensive use in the modern world; programmers come up with a simple program that makes life easy for them or other people. Some can create a program that will be updating or her about any game of their choice every crucial news they will be updated.

Python frameworks like flask and Django are used mostly nowadays during web development. The web frame helps you to come up with the back-end code (server-side code) in Python. Back-end codes run on your server, and the front-end code is on the user device, e.g., the browser. Secondly, Python supports a lot of internet protocols such as JSON, HTML, XML, EMAIL PROCESSING, and other internet protocols its also an easy-to-use socket interface. So, internet protocols are supported by the standard library.

Over a long period, Python has been used to develop a program that can multi-task and, at the same time, give audio and video as an output. Did you know programs like Clay, TimPlayer were developed using Python? People love this application because they are a stable and amazing performance when compare to other applications.

Python can be used as an agile tool to extract a vast volume of data from a website. The data pulled out from these websites can be used for price comparison, job listing, and many other economic purposes.

In the modern world, we all know data is valuable. You can avoid risk and increase profit so long you know what data to extract and analyses. Python has eased your work and by giving you libraries to help you. e.g., pandas, NumPy, and others. After all these, you can use Matplotlib, seaborn to present and visualize data. This will ease your work when you want to plot a graph.

Python has a package named climate-indices; the package contains a python index for every climate index algorithm. This provides temporal images of severe precipitation and temperature peculiar that can be useful for research and monitoring.

It can be used to create interactive games; Python has libraries such as:

PyGame gives functionality and games libraries. Games like Civilization-IV, Vega strike, and many others were developed using Python. Or anyone can use the turtle module to create a simple Game; the turtle is installed on your PC the first time you install Python; the turtle module is a fan as it enables us to develop games with simple graphics and interface.

Python has been used to develop e-commerce systems and ERP. Tryton is a three tiers-high-level general-purpose application platform. Also, we have Odoo, and a management software does have a business application That forms a suite of enterprise management programs.

Computer-Aided Designing is problematic when it comes to its development; that’s because it contains a lot of features that need to be taken care of. Python simplifies and makes programmers work easier. Object and presentation are just part of CAD, but a lot more than that for it to run and work effectively. They are popularly known as CAD id Fandango.

Did you know Python is C-based, which means Python can be used to create embedded software for these applications? (embedded)That means anyone can perform higher-level programs on a small device that can compute. An example is Raspberry Pi. It uses Python for computing. If you are cool with a computer, you can use them like a computer.

Machine learning is part of computer science that creates programs that can learn and adapt on their own. They use continuous algorithms that are improving every moment we have input. This program learns how to respond to new events automatically by coming up with appropriate output for the event. A python is an essential tool for every developer who learns and who wants to learn machine learning. Machine language will change the future. TensorFlow is a python library applied for a machine language; it’s also used in research and production in google.

I am analyzing medical data.

It has a lot of applications apart from this that have been listed. These are only a few, but they are a lot.

Astropy. Has utilities, classes, and packages for a framework that provides astronomy tools; the main goal of this is to improve usability, interoperability, and collaboration between astronomy packages. (Python).

Sunny is a free open-source solar data analysis. It was built based on other python packages such as NumPy, Matplotlib, pandas, and SciPy.

Spacey. Is it a python package targeting space science? Its main aim is data analysis, modeling, and visualization.