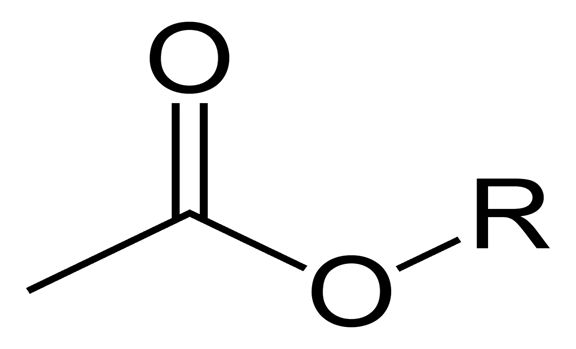 Organic chemistry is the stud of all organic carbon compounds. Esters are organic compounds, which contain carbon, hydrogen, and oxygen atoms. An ester is got from the reaction of carboxylic acid and alcohol. The process of this reaction is known as esterification and is a reaction that can be reversed. Furthermore, water molecules are eliminated in this reaction and this process is known as condensation. The catalyst used, that is, the element, which speeds up the rate of reaction; in this process is concentrated sulfuric acid. Esters have several uses in different industries and the world. Some of the uses of esters include the following.

This is made possible when esters known as parabens are used. The preservation of foods and drugs help in resisting the growth of some microorganisms such as molds and yields.

Esters are known for their good smell, and this makes them the perfect product to be used in perfumes. In addition to that, they are also used in flavoring foods and to also flavor the smell of processed foods.

Nitrate esters, such as glyceryl nitrate, have explosive properties, making them best for use in the making of explosives.

The smaller types of esters are used as solvents in adhesives, paints, and inks because they are quite volatile. For instance, pentyl ethanoate is used in nail varnish. This is done through the saponification process, where the hydrolysis of fats or oils, in the presence of strong alkali, is combined to produce glycerol.

Organic esters are used in the manufacturing of drugs such as aspirin and oil of wintergreen, also known as marookh oil. This oil is used as local oil, which is absorbed by the skin, to help in reducing rheumatic pains. In addition to that, aspirin is an important drug because of its ability to reduce temperatures and headaches. Aspirin also reduces blood clotting in the body hence preventing any heart-related diseases.

8. Used in the shoe industry as a solvent for celluloid

The leather industry is one of the competitive industries in the world, this is to say that, the best skin used in making shoes primarily depends on the technology used and the chemical material added. Esters are used in the shoe industries to flatten the skin. Skin flattening is the most important stage in leather production because flattening increases the elasticity of the leather, making the shoe water and wear resistance.

Phosphoric esters, such as the orthophosphate esters are numerous. These esters play a central role in the daily life processes and have several applications, one being in the manufacture of insecticides and nerve glasses.

10. Used in the lacquer industry

Liquid esters which have low volatility serve best as softening agents for plastics and resins. In addition to that, other volatile esters are used as solvents for lacquer and paints. This purpose has accelerated the commercial production of ethyl acetate and butyl acetate.

11. Solvents for oils and greases

Esters are good solvents because they can dissolve organic liquids. Esters have high-temperature stability, better cleaning capacity, and low volatility, hence making it the best solvent for oils and grease.

Estazolam is an anticonvulsant drug. A variety of esters were synthesized and evaluated for anticonvulsant activities. These groups of esters varied in terms of how they reacted towards the hydrolysis process. Ethylene oxide, as an insecticide, has a principal use in the fumigation of bulk grain, and the recirculation of systems. In addition to that, it is used in vacuum fumigation of packed dried foods. This insecticide has proved to be effective both under atmospheric pressure and under vacuum for the destruction of several species.

Air fresheners emit a sweet fragrance to the air and are meant to remove bad odor in a specific area. Some of these air care products are made using esters.

Esters are used in replacing natural fatty esters within our skin, which also help in smoothening the skin texture and acting as skin protection too.

17. Natural esters are found in pheromones

The pheromone components are produced by the male powder-post beetle that is considered as the major pest, which threatens timber and timber products. The infestation of this beetle is inconspicuous, making the damage difficult to detect. Three esters were identified to be playing a major role in the aggregation behavior of the female powder-post beetle.

The type of ester that helps in the process of making plastics is known as the polyesters. Polyesters are polymers, which are produced from the condensation of two monomers. The most common polyester is the Dacron fibers, which are made by reacting ethylene glycol and terephthalic acid.

In conclusion, esters have a wider range of uses, from life processed to various industries. For instance, esters are used in making skin care products, by replacing the natural fatty esters, which occur in our body, to help in giving a soft skin. Moreover, esters are also used in food preservation where they act as insecticides, used in the fumigation of dried foods. The shoe industry also requires the incorporation of esters in flattening leather, to increase the elasticity of the shoe, hence making it resistant to water and wear.