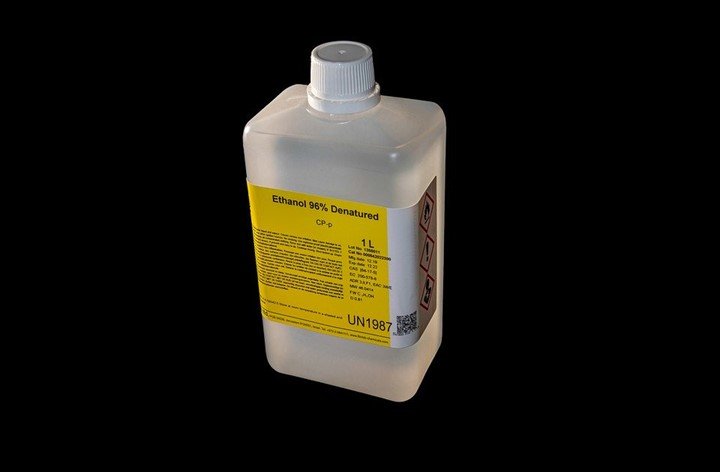 When the news report of alcohol users who went blind, our minds ring; ‘they probably overdosed on poisonous ethanol.’ When the reports are about how certain senior students misused a school laboratory, we tend to think; ‘they made laboratory ethanol and consumed it.’

Ethanol is a fermented product used as an ingredient in alcoholic drinks. However, is ethanol all that bad as is often displayed, or does it have some useful aspects?

The following are 30 useful applications of ethanol;

The components making up ethanol have great cleansing properties. Ethanol is, therefore, used for cleaning glasses and windows. Most of the window cleansers include ethanol as one of the ingredients.

Ethanol can be applied on a soft cloth, which is then rubbed on the greasy or stained part. After rubbing the affected area, warm water with soap is used for removing the excess grease or stain, leaving the area sparkling clean.

Ethanol liquid has special anti-bacterial aspects. It is, therefore, used to disinfect surfaces and kill any bacteria on them. It evaporates quickly and does not leave any residues on the surfaces.

Both ethanol and bioethanol, a product of ethanol, are good sources of heat. They are used in house heaters to provide warmth during the cold weather.

After the sanding of wood, ethanol is used for removing the excess sawdust on the pieces of wood. The ethanol is poured on a cloth, which is then used to wipe the wood surface. The ethanol vaporizes very fast, leaving behind a smooth wood finish. 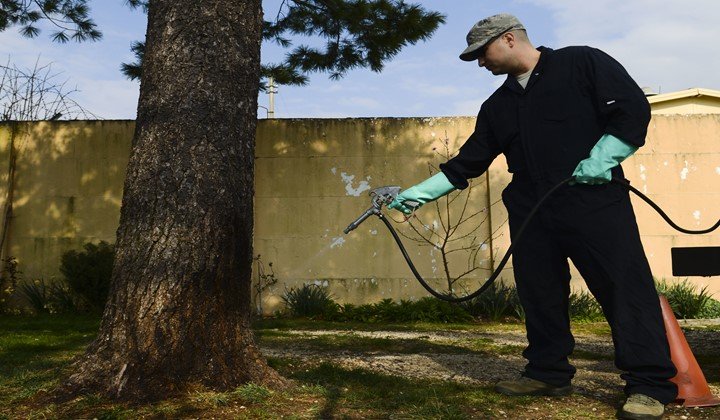 Using ethanol on plants is an effective way of controlling a bug problem. The ethanol kills the pests, without causing any damage to the plants.

In high humidity areas with a mold problem, a person can apply ethanol on the mold patches, then allow it to soak before wiping it. This reagent kills and eliminates the mold problem.

Not only does ethanol thin out paint, but it also removes it. This is why ethanol is used to clean paint brushes, as it removes the paint, leaving the brushes clean and almost brand new. In order to remove the paint, the brushes are soaked in ethanol liquid overnight.

Sticky Residues are the stains left behind when glue, stickers, and tapes are removed. When ethanol is applied on a cloth, then the cloth used to wipe the sticky residues, it makes removal of the residues easier.

Most of us, if not all of us, have at one time mistaken using a permanent marker for a whiteboard marker. If that happens, a person can easily remove the permanent marking by wiping the area with a cloth soaked in ethanol.

Most beauty products are manufactured with some certain levels of ethanol. This is because ethanol is good for cleaning the skin, and is also good preservation for skin lotions.

Ethanol has been approved by the CDC to be used as an ingredient in hand sanitizers. The reagent has deep cleansing properties which make it possible to use in the manufacture of hand sanitizers. 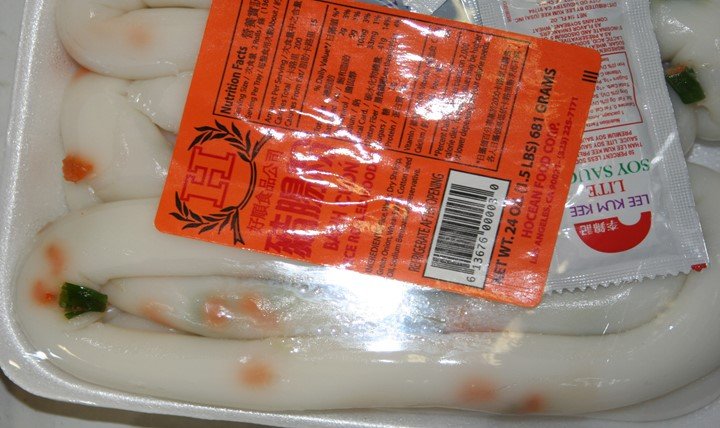 The ability to kill bacteria and other harmful microorganisms give ethanol its practical application as a household preservative. Packaged food preserved with ethanol can, therefore, be trusted to be safe for consumption.

The solubility of ethanol reagent is one of a kind. It dissolves easily in water and other organic liquids. This makes ethanol a convenient solvent, which can effectively be used for the manufacture of paints and varnish.

Ethanol is used in the making of hair sprays. This is because the components making up ethanol promote the adherence of hair sprays to the hair.

Even distribution of food coloring is facilitated by the addition of ethanol, as a food additive. The reagent is also used to make flavors. For instance, vanilla extract is made when vanilla beans are processed in ethanol dissolved in water.

The highest percentage component of gasoline fuel is ethanol, which accounts for approximately 97% of the fuel. The ethanol component in the gasoline fuel contributes greatly to the low air pollution property of this jet and car fuel.

Medical research conducted showed that ethanol can also be used as an antidote. The antidote is used when poisoning occurs from the consumption of methanol or ethylene glycol.

When highly concentrated, ethanol has the ability to dissolve medications that are not soluble in water. Due to this, ethanol is used for making liquid preparations of water-insoluble medicines.

Commercial fuel cells usually use hydrogen gas or methanol for their operation. Ethanol can, however, be used as an alternative way for operating these fuel cells. It is cheaper, easily available, and even less toxic, making it the ideal alternative. 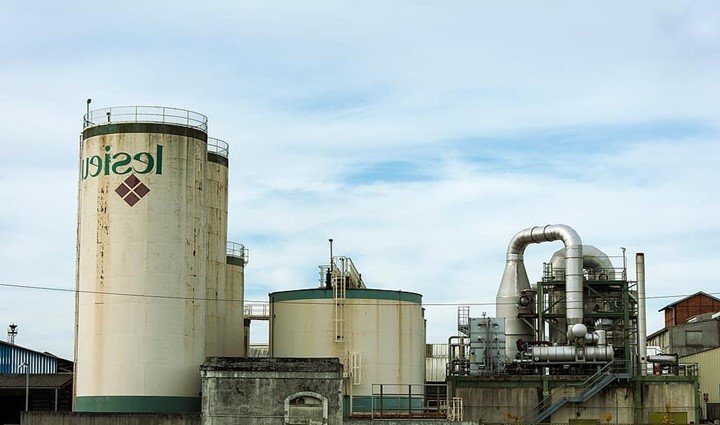 In industries, ethanol is mainly used as a precursor ingredient for the manufacturer of other organic compounds. These compounds include ethyl compounds and acetic acid.

Cannabis oil extraction refers to the process in which oil is extracted from the cannabis plant to make CBD oil. This process usually incorporates the use of ethanol as the extraction solvent, for removing the oil and wax.

In biotechnology, ethanol is used to purify DNA and RNA. When alcohol is used for the purification, the polysaccharides in these molecules tend to precipitate, which makes ethanol the most ideal solvent to use for this process.

In laboratories, frozen ethanol can be used with dry ice to form a cooling bath. This bath helps in keeping vessels at a temperature lower than the freezing point of water.

Ethanol has a low freezing point. When frozen, the reagent also forms a low toxic state. Due to these two properties, ethanol makes an ideal fluid to be used in an alcohol thermometer. 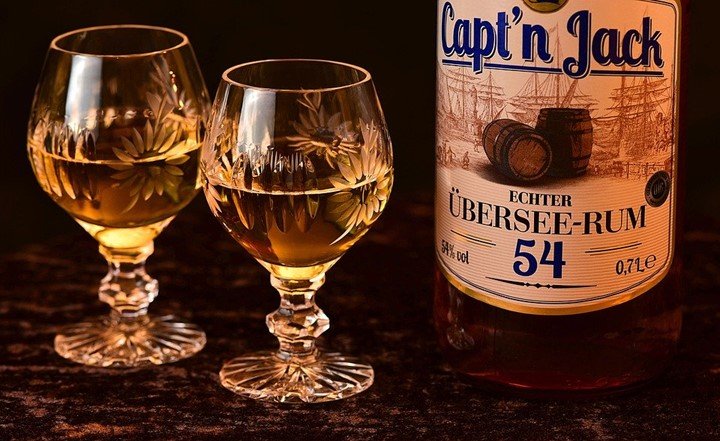 This is the widely known use of ethanol. In the right amounts, ethanol is added as an ingredient in alcoholic beverages. When these alcoholic drinks are consumed, they help to reduce anxiety.

Ethanol is one of the ingredients included in mouthwashes. Being a good solvent, ethanol in mouthwash dissolves the other important ingredients, increasing the effectiveness of the mouthwash.

Ethanol has the ability to kill disease-causing microorganisms, such as fungi, bacteria, and viruses. Due to this, it is used to make medical wipes with disinfectant properties.

Due to its being a good solvent, ethanol also finds application in the manufacture of body perfumes. This reagent is used to dissolve other ingredients in the perfumes.

So, the next time you hear of cases of blindness or students who made ethanol in the school laboratory, don’t just dwell on the ugly picture created about ethanol. Remember, ethanol has a wide range of positive uses and has made great positive impacts in our world.