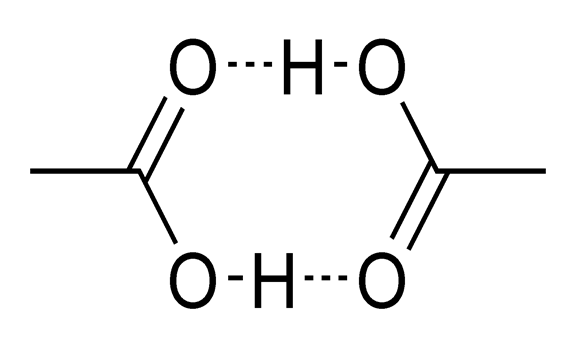 Acetic acid or ethanoic acid is a colorless organic liquid compound that has a chemical formula of CH3COOH. It is called glacial acetic acid when it is in its undiluted form. Besides water, the major component of vinegar is acetic acid, which is more than 4percent volume. Acetic acid contains properties such as pungent smell and sour taste. The acid is considered weak because it dissociates partially in solution. However, highly concentrated acetic acid can damage the skin and is very corrosive. In addition, it is classified as the second carboxylic acid following formic acid. Also, it has a group of methyl that is connected to the carboxyl group. 6.5million tons of acetic acid are produced annually, and at least 1.5metric tons are recycled globally. The remaining one is refined from methanol. Below are the top uses of acetic acid.

1. Act as a rust remover

Acetic acid is used as a rust remover due to its properties. When ethanoic acid reacts with rust, it bubbles and forms a limescale fizz. This makes it break down from solid to washable liquid. To add to that, it is an important acid used in industrial products to remove rust.

Vinegar is a component solution of acetic acid with chemicals as well as flavorings. It contains at least 5 percent of ethanoic acid in terms of volume. The acid is obtained through fermentation of sugars or ethanol through bacteria of acetic acid. Vinegar is classified into different types according to the source of materials. Vinegar is applicable in pickling, ingredients for cooking, and culinary arts. Vinegar is the top product that is closely associated with acetic. The acid is contained in all kinds of vinegar, from concentrated products to weaker vinegar. Lastly, vinegar is used in wide industrial purposes and domestic use like cleaning households.

Acetic acid has great properties of antibacterial and is people who use it as antiseptic as a 1 percent dilution. Furthermore, it is used as a replacement for the medicine to kill bacteria and prevent any infection. Researchers from Birmingham University, surgical reconstruction, research Centre for microbiology, and the national institute of research health have studied on burn wounds. They found that a lower concentration of acetic acid is helpful in antibacterial activities. The acid is able to prevent biofilms, create a barrier against the growth of pathogens, and removed any biofilms formed. Most notably, you need to seek medical advice before you use any products to treat the wound.

Paints are liquefiable, pigmented liquid, and have mastic components that change to solid after application of a thin substrate layer. Paints are used to give color, protect, and give texture to objects. It can be made and bought in different kinds, such as synthetic or watercolor. Vinegar is a major component of acetic acid, but vinyl acetate is also a primary product after production. Vinyl acetate is formed by reacting acetic acid, ethylene, and oxygen across catalyst. The end results are polymerized to various polymers that are the main components of paint.

Cellulose acetate was used alternatively over nitrate film in 1950. This almost led to fire breakdown and combustion. The cellulose acetate is obtained by acetic anhydride that dehydrates acetic acid to form an organic compound known as ketene.

Diluted acetic acid is used in place of physiotherapy. This is done through iontophoresis, a procedure for giving medicine through the skin. The process is non-invasive like injections, but they do not use a needle.