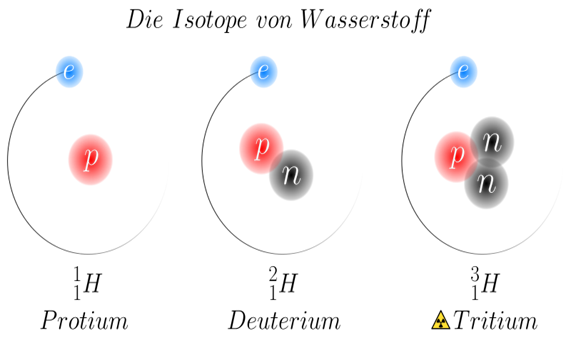 Isotopes can be said to be similar to identical twins. Just like identical twins, isotopes are atoms that appear to be similar in every way but display several differences upon close examination. Usually, atoms which are isotopes of each other record the same number of protons/atomic number. What actually makes isotope atoms different is the varying number of neutrons in each atom, which results in different mass numbers.

These different atoms of the same element have found practical uses, as explained below;

Experiments done on the environment and ecology are usually done using isotopes. The isotopes used in these experiments include oxygen, sulfur, and carbon. These isotopes are used to study things such as the chemical compositions of different minerals and rock surfaces.

Radiocarbon dating is a tool used for measuring the ages of different items, which consist of the carbon element in their structure. This tool makes use of carbon-14, which is a radioactive isotope.

In hospitals, cancerous tumors are detected using gamma rays. The source of these gamma rays is usually radioactive isotopes, which emit the rays. Isotopes are, therefore, essential elements in the field of medicine.

Food irradiation is the process by which food is purified, and cleansed of any disease-causing bacteria. This process helps to make food safe for human consumption, as well as increase its shelf life. These disease-causing bacteria are killed when the food is exposed to certain levels of gamma rays. The emissions of these gamma rays are caused by radioactive isotopes.

Hyperthyroidism is a medical condition where the neck thyroid overproduces hormones. Iodine-131, an isotope, is used for the treatment of this condition and has long proven very effective.

6. Determining the Thickness of Plastic or Metal

In big industries, different types of isotopes are used to measure how thick metal or plastic sheets are. The strength of the radiations penetrating the subject materials is what indicates the precise thickness of these sheets.

Large X-Ray machines tend to go for very high prices and can be quite hard to get sometimes. Isotopes can be used in place of these x-ray machines, to examine metals for any defects in their structure. They work just as effectively as x-ray machines.

In addition to identifying tumors, isotopes are also used to control the development of cancer. An example of such isotopes used to prevent cancer from developing is the Cobalt-60 isotope. This isotope is used as a source of radiation, which is used to kill the cancerous cells.

Detection of isotope radioactivity is a very simple process. This is why isotopes make effective tracers. For instance, the isotope tritium 3H can be used to trace and discover any leaks present in underground pipes.

Isotope elements have found a wide range of applications in the world today. They are used in the food industry, the pharmaceutical industry, and basically every other industry, all in order to make our life easier and more comfortable. How grateful then should we be to the natural environment for supplying us with thousands of useful isotopes.