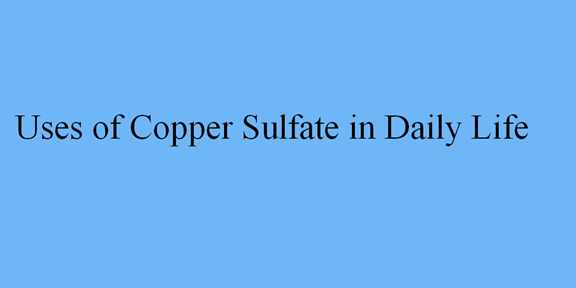 Tungsten is a shiny, silvery-white metal that has the highest melting point as compared to other metals. It derives its name from the Swedish “Tung Sten,” which means “heavy stone.” Due to its high melting point property, it has diverse uses. Tungsten is a highly corrosive resistance, and therefore it is resistant to acid attacks.

Tungsten is malleable and quite ductile. Its ductility nature makes it possible to be drawn to wire that can be used for other purposes.

Tungsten metal, due to its favorable properties it can be used as a pure metal or mixed with metals (alloys). Some of the uses of tungsten metal are discussed below;

This is the main use of tungsten in lamp industries. Tungsten’s ductility and high melting property make it suitable to be used in bulbs and lamps. Also, tungsten metal has low vapor pressure, and therefore there is increased luminosity. The high melting point of tungsten metal ensures the bulb or lamp lasts long as it does not melt when exposed to high temperatures. Therefore, tungsten is used in making domestic lamps and bulbs, vehicle lamps, reflector lamps, etc.

Tungsten metal is strong, malleable, flexible, resists wear and corrosion, and is a good conductor metal, and therefore it can be mixed with other metals. For example, satellites (alloys of cobalt and chromium with tungsten) are known for their wear-resistance property, and therefore they are used in bearings, pistols among other uses.

Other metals like molybdenum, cobalt, nickel, tantalum, or iron can be mixed with a high concentration of tungsten to form superalloys that are used in constructions that require strong metal.

Due to its hardness, tungsten is used in making cutting and drilling tools that are used in metal-works and mining industries. Tungsten carbide is made by mixing tungsten powder and carbon powder, and then heating is used to make these tools as it is strong and hard.

Tungsten is used in the laboratory for various applications due to its diverse applications. Sodium metatungstate, a metal made from tungsten, is used in preparing a heavy liquid that is used in separating minerals according to their densities, and therefore tungsten plays a vital role in the mineralogy department.

Also, tungsten mixed with sodium is used as a reagent in biochemical analysis.

Tungsten is used to make steel stronger. It increases the hardness and cutting capacity of steel and hence making it stronger. These steel alloys can be used in making tools and in construction.

Due to the large amount of heat produced by X-ray electrons, they require a target that has a higher melting point to avoid melting from occurring. Tungsten’s ability to withstand high temperatures makes it best to be used as a target.

Also, tungsten powder can be used as a catalyst in the process of making some chemicals and some processes like hydrodesulfurization.

Electronic devices and other electric parts that are exposed to high temperatures can be coated with tungsten powder or can be made of tungsten metal. By doing so, helps the metals from melting and other perils that can be caused by high temperature. Examples of electronics can be heat sinks, electrodes for electrical machining, etc.

This is the coating of metal through electrochemical means. Tungsten’s properties may be passed to another metal by coating it using tungsten powder. This can be used to increase the hardness of a metal or to minimize rusting.

Tungsten oxides or powder can be used in fuel cells. This is because tungsten oxide is associated with intercalation and poly-condensation properties that are vital in making fuel cells. Therefore tungsten may be used as one of the raw materials in industries making these cells.

The hardness nature of tungsten may be of great importance in the tanning industry. Tungsten salts, together with other chemicals, can be used to tan leather and increase its hardness. Tungsten salts add the hardness property to the leather and therefore resulting in hard leather that does not decompose easily.

Inert gas welding electrodes are made of tungsten. The high melting point property makes it suitable to make these electrodes as they are exposed to high temperatures. Engines and other parts that are likely to experience high heat may be made or be coated with tungsten metal.

Tungsten metal is corrosive resistance material, and that means it is not easily attacked by acids. This property may be beneficial to industries making acids. Tungsten metal can be used to make a container that can be used to store the acid or pipes that acts like passage during the manufacturing of acid.

Also, laboratory containers may be made of tungsten when visibility is not required. These containers are not affected by acids during laboratory practicals, and therefore they are easy to clean.