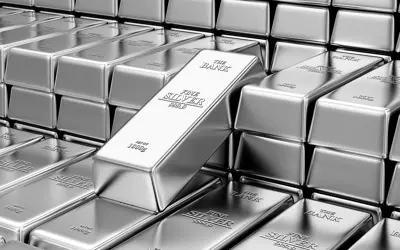 Silver is a treasured metal, also called white metal. It usually comes from silver mines, zinc, or lead mine, from which it’s a by-product. Refining or smelting it removes it from the ore. It is shaped into grains or bars. It’s usually scarce, valuable resists corrosion and oxidation, though not as well as gold.

It has good thermal and electrical conductivity making it suitable for electrical appliances. Silver can be grounded into powder form, made to be paste form, shaved into flakes, salt, mixed with other metals, flattened into sheets, wires suspended as a colloid, or employed as catalyst. This quality ensures that silver remains a vital metal in the industrial arena. To help appreciate this precious stone in our lives, let look at its uses each time.

Silver is widely used in making electronics. It is good in thermal and electrical conductivity, thus making it unreplaceable by cheap metals available in the market. Silver is used in electronics is usually of high purity. Small quantities of it are used as a contact in electrical switches. When you connect the contact, the switch is on, and when you switch it off, it off so fast since its conductivity is so high.

3. Helps to give high-quality images.

Did you know that rather than just an on-off switch, your plasma TV depends on using electrodes to produce low-level, energy-efficient light? Some DVDs and CDS contain a silver recording layer.

3. used in batteries to produce energy.

4. used as a superconductor.

Silver, when mixed with a superconductor it transmits electricity faster, making it work as a superconductor even if it is not one. This helps it to carry electricity at low temperatures with little resistance. This property makes silver suitable to be used to generate magnetic energy-changing motors and turning magnetic levitation trains.

Silver paste is used in making solar panels. It usually comes in touch with printed onto photovoltaic cells that attract and carry the electric flow. The energy is produced when the sun shines on the semiconducting layer of the cell. The ability of silver to reflect makes it important in solar energy. It reflects sun energy into collectors that use salts to produce electricity.

6. used in brazing and soldering

Silver is used in producing a strong joint between two metals due to its property of strength and ductility. Brazing is usually done above 600°C, while soldering is done below 600°C, and usually, the two processes do not require pure silver.

7. use in making pipes

Silver is of great use in making bonds between water pipes. Silver is usually antibacterial and nontoxic hence does not contaminate water for human use and consumption as compared to lead-based bonds that react with water acting as contaminates and pollutants. Lead bond tends to react with water and is carried in water and consumed by animals and human being hence, affecting their health since Lead interferes with blood circulation.

Silver is widely being used to fasten the reaction between two chemicals like ethylene oxide and formaldehyde. Usually, ethylene oxide is important in modeling plastics, e.g., plastic handles. As a catalyst, silver helps to save time on the reaction by speeding it without having to be used in the process.

9. In making coins and bullion

Since the time century up to date, silver remains to play a vital role in making coins. Its property of scarcity and of great value makes it suitable for making coins. From time memorial people have always accumulated their wealth in silver coin forms. The fact that silver does not corrode and melts at relatively high temperatures enables it to be chosen for coin making, plus its shiny appearance. Since time memorial people have always stored their wealth in gold and silver form since it widely acceptable across the continent.

Silver is a stone of great value and is usually acceptable across the continent. Many people prefer to store their wealth in its form due to the fact that it has retained value over the years. These people choose to buy and store it in pure bullion bars or medallions. With the time of storage, the silver tends to appreciate in value hence enabling people to make greater profits.

11. to make rings and jewelry

silver is precious, beautiful, long-lasting hence making it good for making jewelry and rings. Even in traditional society, it was used to make jewelry and, up to date, still does. Silver is cheaper compared to gold hence making it a better preference in making jewelry and ointment. Examples of jewelry made using silver include silver plates, dishes, and rings. Most couples prefer silver rings since they are ever lustrous and remain the same over a period of years.

Silver is being used in photography due to its ability to sense light hence leaving a latent image. Traditional films depended on the light sensitivity of halide crystals inside the film. The accuracy of it makes silver vital in non-digital consumer, photography Xrays, and films.

Silver is widely being used as a catalyst since it absorbs oxygen, which kills bacteria since they can not survive without respiration. This property of being nontoxic makes it useful in the medical world. Silver foils are rolled around the wound to fasten their healing. Silver droplets are also very effective in healing eye and dental diseases. Small quantities of silver are used to cover hospital surfaces to prevent the spread of microbes. Also, silver is used in wound dressings and ointments to keep off infections. Silver sulfadiazine is greatly used in burn victims to prevent bacteria and quicken the healing of wounds. Silver ions allow the growth of damaged tissue and heal bone infections.

Most modern and up to classic buildings use silver to coat the windows, thus keeping off light and sunlight hence ensuring the inside has a cool climate, thus reducing conditioning costs. People living in high-temperature areas make good use of these coatings on their widows to maintain a cool and comfortable climate.

Silver is used in making engines due to its property of withstanding high temperature as a result of its high melting point. Silver also helps as a lubricant between the ball bearing and its housing.

Silver is usually ranked second in order of value after gold hence making it so valuable and essential in rewarding people. Silver usually symbolizes honor, Valor, and accomplishment; it is usually given to people of the second position while the first position is given gold.

Nanosilver is used in food hygiene due to the antimicrobial property of silver. Silver is used to filtering water microbes due to its property of drawing oxygen hence making it impossible for pathogens to grow in water. Water stored in silver containers usually free from microbes hence suitable for human consumption.