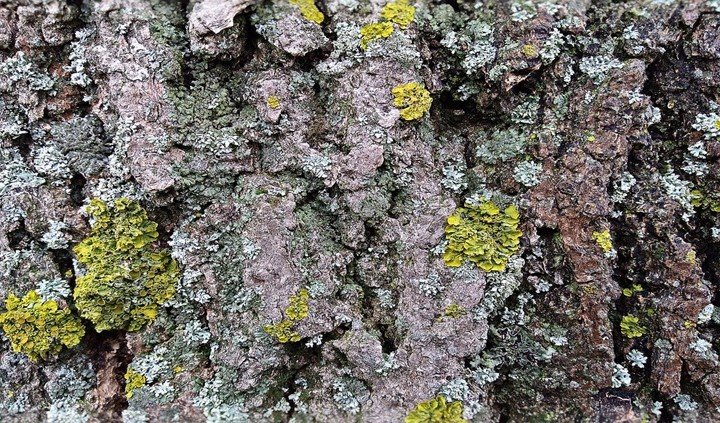 Lichens are composites organisms that come from cyanobacteria or algae, living in many filaments of fungi species and have a mutual relationship. They have varieties of characteristics from the components of organisms. Moreover, lichens come in different forms, colors, sizes as well as a plant-like form, but they are not plants. Others consist of small leaves, branches with no leaves, flakes, powder-like form, and structures like a flat leaf. All lichens are known as micro lichens apart from those that are leafy or bushy are called macro lichen. Here in lichens, micro and macro do not mean the size but the form of growth. Besides, lichens have common names that end with the word moss-like Iceland moss and reindeer moss. This organism does not have roots for absorbing nutrients and water but produces nutrients through photosynthesis.

Lichens can absorb and keep radioactive substances like strontium and cesium compounds. Some species can resist harmful radiation hence are not affected. Scientists test their thallic to determine radioactive compounds and study their surroundings.

Humans have eaten some species of lichens. However, it is not worthy of picking any species and eating. Most species have been proved to be toxic, poisonous and cannot be digested in their raw nature. Cultures around the world know how to cook lichens to improve digestibility and delicacy. People have learned to determine safe plants and poisonous ones. Many of us do not have experience.

Lichens, including oak moss, give fixatives and scent to perfumes. Oakmoss consists of absolutes and essential oil. Oil is obtained by the process of distillation, whereas absolutes got through solvent extraction and have a high concentration. Oakmoss extracts have a lovely smell, which can be compared to that of moss and pine. Nonetheless, the chemical tends to be allergic to some people.

Usnea acid that is obtained from lichens is used as a preservative in some products. Laboratory tests on equipment and animals prove that using contains antimicrobial properties for killing viruses, fungi, and bacteria. Besides, it helps to reduce inflammation and prevent cells of cancer from reproducing.

Most species of lichens have usnic acid-like groups of usnea genus. Usnea is used in the field of medicine as an anti-inflammatory and antibiotic substance. However, this may sound like an ineffective and unsafe practice.

Lichens are used as dyes for fabric and wool because of their grey color. Algae cells make lichens to have deep hue when they absorb water. The component of fungi is colorless but has pigment, which gives vivid color to lichen. Lichens have been used to give dye since ancient times up to date. This is done by adding ammonium water to suitable specimens and cutting them in pieces. The solution is left for some time in order to let dye appear. The dye has a variety of colors such as blue, orange, gold, brown, red, purple, and green depending on the lichens species used during the extraction procedure. Those who make dyes often conserve lichens by collecting the detached ones or the ones growing on trees.

Xanthoria parietina is a type of foliose lichen that has yellow pigmentation called parietin. The pigment is able to incorporate ultraviolent radiation and as sunscreen protector of algae cells that are in lichens. Other lichens also have sunscreens, and studies say that they are useful natural chemicals for human sunscreens.