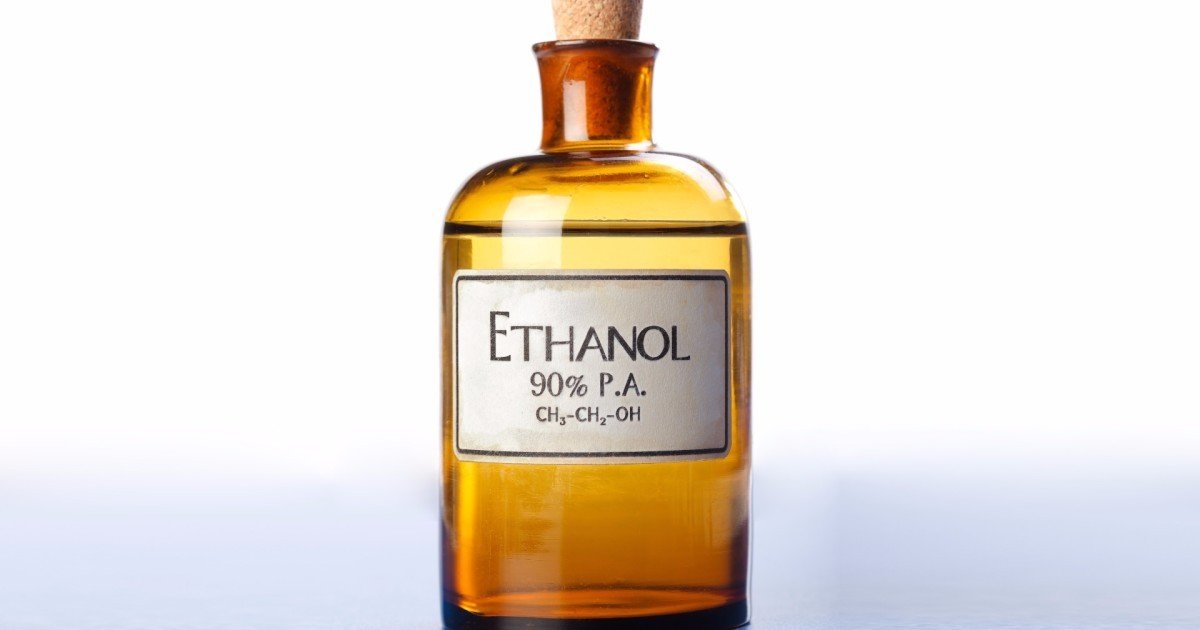 Ethanol, also known as alcohol or ethyl alcohol, is a volatile, flammable, and colorless liquid. Ethanol is characterized by a slight odor. It is simple alcohol with C2H6O has the chemical formulae. Ethanol is produced in processes like hydration of ethylene and during the fermentation of yeast. Ethanol is also found in overripe fruits.

Ethanol-related industries and products depend on it as a principal ingredient. Some of the uses of Ethanol are discussed below;

Ethanol is the main ingredient in the making of alcoholic drinks that are consumed for recreational purposes. It is, therefore, an important solvent in the alcohol-making industries. Ethanol contains psychoactive properties that tend to affect mental processes. These properties help to create a euphoria state to consumers hence relieving stress and anxiety.

In the process of making food additives, Ethanol plays a vital role in distributing the color pigments. As an odor solvent, it also improves the flavor of the food color. Vanilla, which is commonly used to flavor beverages and foods, is made using Ethanol. A solution of water and Ethanol is used together with vanilla beans to process vanilla extracts.

3. Used as an antiseptic

Ethanol has antibacterial and antiviral properties and, therefore, can be used to kill bacteria, fungi, and viruses. A solution containing Ethanol, when added to a wound or injured part of the body, dissolves the membrane and denature the proteins of the micro-organism, causing infection hence killing them. Ethanol is also a major ingredient in the making of antiseptic and disinfectant.

Ethanol has an extremely low freezing point of -114˚c, and this makes it a good antifreeze solution. It is therefore used in the laboratory to preserve organisms and specimen that require below 0˚c temperature. It is used to prepare a cooling bath in the laboratory that can be used for cooling purposes. Alcohol, an ethanol product, is used in making alcohol thermometers due to the anti-freezing property of Ethanol.

Ethanol is an important source of both engine fuels and fuel addictive. Ethanol is the major raw material in the making of gasoline, which is used as rocket fuel in rockets, which are bipropellant (liquid propelled). It can also be used as a vehicle fuel together with liquid oxygen as an oxidizer.

Ethanol is also used to manufacture fuel cells that have it environmentally friendly and cheaper.

Ethanol dissolves both polar and non-polar compounds, and this makes it a good solvent. In the industrial manufacture of paints and tinctures, Ethanol is used to extract color pigments from plants. Also, Ethanol as a solvent is used in the extraction of oils from oily plants.

One advantage of using Ethanol as a solvent is that it can be easily filtrated out. This is because of its low boiling point.

Ethanol is used in the manufacture of beauty, cosmetic, and personal care products. It is used as a preservative in preserving these products from going bad easily or from drying. Ethanol also serves as an astringent to the skin and therefore helps to keep the skin smooth and protect it from acne. Products made by Ethanol are beneficial because Ethanol is antibacterial, and therefore, it helps in killing micro-organisms and bacteria, causing skin rashes and acne.

Ethanol is used as windows and clothes cleaner. Grease and stains can be removed by applying Ethanol to the stained or greased part. Also, when it is used to clean windows and glasses, it performs magic. It can be used for bathing. It helps in killing bacteria present as it is antibacterial.

Ethanol is used in ethanol heaters for the purpose of producing heat or for decoration. It is a good source of heat as it is associated with minimal carbon monoxide and nitrogen oxide emissions.

Ethanol can be used to counteract the effect of poisoning to a human being. In the case of ethylene glycol poisoning and methanol poisoning, Ethanol may be administered as an antidote to reduce the effects caused by the poison. Ethanol also may be used in the manufacturing of medicines that helps in treating poison accidents.

Ethanol is used as a medicinal solvent. In the process of making medicines, Ethanol is used to dissolve water-insoluble compounds and also as one of the ingredients required by the medicine. Ethanol is also to induce its property of antimicrobial to medicine and as a preservative. For example, a liquid preparation of cough and cold medicines, pain-killers, and mouth washers contains Ethanol.

Chemicals manufactured using Ethanol may benefit from their antibacterial and preservative properties.

Ethanol odor can be used to induce sleep. Inhaling of Ethanol before going to bend tend to induce sleep as it contains enzymes that alter the function of the mind. It is less toxic to the human bloodstream as compared to some of the soporific drugs. However, the inhaling period of Ethanol should be limited, as has negative side effects.

Taking a small amount of low concentration ethanol may be beneficial to the human body. It may help to increase the secretion of acids in the stomach. Taking high concentration may lead to liver damage and other liver-related diseases as Ethanol is metabolized in the liver. To avoid these disorders, one should only ingest a low concentration of Ethanol.

Owing to its antibacterial and antimicrobial properties, Ethanol can be used to make a product that tends to control bacteria and microbes. Hand sanitizers and medical wipes are some of the ethanol-based products. Pure Ethanol can also be used to kill these micro-organisms.