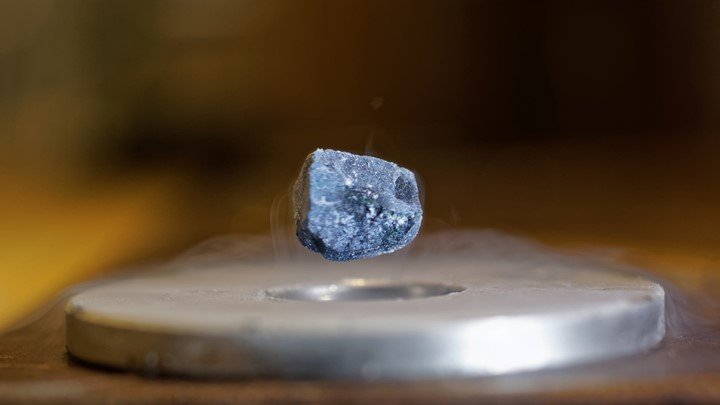 A conductor is a material that transports heat or electricity through a certain medium. Superconductors, therefore, are materials that transport electricity from one atom to the next one without any hindrance. When the material reaches a temperature in which it has become superconductive, no heat, sound, or any other form of energy will be produced. However, most materials must be very cold, that is, they must be in their lowest energy state, for them to be superconductive. Too much energy that is used in the cooling process make superconductive materials to be ineffective and uneconomical. There are two different types of superconductors. First, the ones that consist of the basic conductive elements that are used in everything and the second one being superconductors that are composed of compounds such as lead or copper.

The Yamanashi train from Japan, which has been under development for nearly two decades now, uses superconductors to assist it in floating above the truck, removing any friction and heat loss, allowing the train to reach its highest speed.

MRI is a procedure that is used by the doctors to see what is going on inside the human body without having to perform any surgery. Superconductors have made this medical field more improved as it is more efficient for use as compared to conventional magnets.

The second type of superconductors, which are composed of elements such as copper and lead, are used as very fast electronic switches because of how magnetic fields penetrate through the superconductors.

Superconductors are used in detecting the weakest magnetic fields, making them effective for use in the mine detection equipment, which in turn helps in the removal of land mines.

The military use superconductors in detecting submarines. In addition to that, small motors have been built for the United States navy ships with the help of superconductive wires.

8. Reducing the length of a very low-frequency antenna

In addition to that, the military finds using superconductors effective in the reducing of low-frequency antennas, keeping the antenna for as long as possible.

The emission of greenhouse gases has become an alarming issue which requires the European Union to reduce the emission of carbon dioxide gas. Carbon dioxide reduction is only possible when superconductors of high temperatures are used in power plants.

Superconducting light detectors are being advanced due to their ability to detect extremely weak amounts of energy.

The superconducting degaussing cable is used in degaussing a ship’s hull and in the elimination of magnetic fields, which helps in the protection of a ship’s presence.

Superconductive wires have zero resistance even at high frequencies giving it the ability to pass the preferred frequencies and block the undesired frequencies in applications which use radio frequencies such as cellular telephone systems.

The type 2 superconductors, composed of compounds such as lead and copper allows for the penetration of tiny magnetic fields, which in turn makes this type 2 superconductor effective in the storage and retrieval of digital information. In the near future, computers will also be built around superconducting devices.

15. Transmission of commercial power into cities

The use of superconductors in the transmission of commercial power into cities has proved effective with the help of short test runs. This was able to happen due to high costs and the cooling miles of superconducting wires to high temperatures.

In recent times, power services have begun using superconductor-based transformers as a power network with the Swiss-Swedish company ABB being the first to try this experiment out.

Energy storage and power stability are some of the commercial power projects that have employed superconductor technology, which is easily retrievable whenever there is a need to make stable a line voltage during disturbances in the power grid.

Most of the electric generators that have been made using superconducting wires are more efficient as compared to conventional generators made with copper wire. This makes these particular superconductors profitable projects for power utilities.

This is a well-known technique that is used in investigating brain activity and shows where brain activity is produced. This technology helps in penetrating the body to certain depths without exposure to the strong magnetic fields which are associated with MRI scans.

Superconductor coils have been used in magnetic fusion devices with the most used device being tokamaks.

When superconductive materials are briefly exposed to magnetic fields, they assist in trapping the magnetic field, which is used in machines such as generators.

The zero-resistance nature of superconductors enables it to select a specific bandwidth or a specific frequency with high specificity in filtering wireless communications in base stations.

Elevator designs have remained the same for a long period of time, hindering architects from building new and completely different shapes of elevators for high rises. In the near future, elevators built using superconductivity materials will allow for megastructures to reach over a mile high into the atmosphere.

Superconductors material require cold crucial temperatures which can only be attained by the use of liquid helium. This type of motor requires a lot of copper use during its formation, an element that the type 2 superconductors possess.