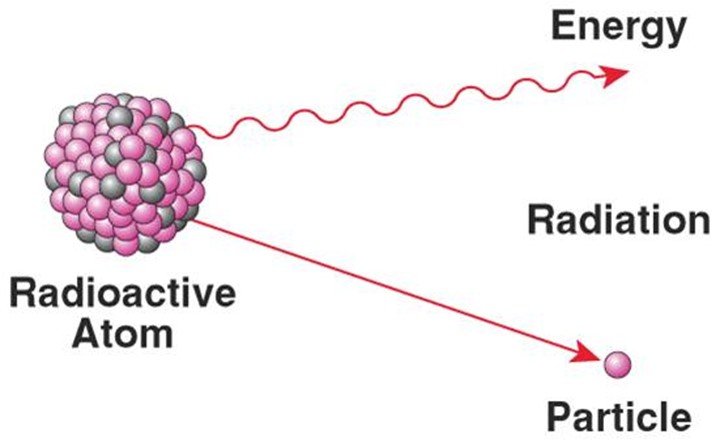 Radiation can be used to treat or provide diagnostic information about the selected body organs. Today it has become a routine for many hospitals to use radioisotopes for performing diagnostic procedures. Further, some medical conditions such as cancer can be treated by destroying or weakening target cells, a process known as radiotherapy

A lot of growth has been experienced in nuclear medicine, sector compared to the atomic energy field. Governments and organizations have joined hands across the world in the push for making nuclear medicine affordable and accessible to the people that need it. For instance, organizations such as MDS Nordion (Canada), Curium (USA & France) and IRE Europe supply radio Isotopes for medicinal purposes across the world.

The U.N. has set regulations through the drug and food administration to test new drugs for safety and effectiveness. The use of radioactive Isotopes examines more than half of those drugs. The initial test is one that determines the effect of a given drug to other organs rather than the one administered. By the use of radioactive isotopes, researches can easily detect any adverse reactions on the other body parts where it is not needed.

The use of radioactive isotopes in biomedical research has brought out several facts such as cellular metabolism intimate details. Secondly, it shows that the existence of carbon dioxide fixes many animal cell reactions. Lastly, Radioisotope materials have become very crucial for treating some diseases such as cancer, AIDS, and Alzheimer’s disease.

Today researchers can observe colored images of chemical reactions in human tissue with the help of single-photon emission tomography.

Radioisotopes are frequently used in the genetic engineering field and also metabolic studies.

Uses according to the isotope

Each isotope has its unique use in the medical field. The clinical use of Isotopes dates back in the 1930s, although they were widely used for research after World War II. Below are some of the most useful radioactive isotopes in medicine.

Technetium-99m is used for scanning tens of thousands of brains every year. Making it the most used radioactive isotope in medicine. Doctors use special equipment known as gamma cameras to trace all parts of the brain. The reason why Technetium-99m is suitable for brain scan is because of its ability to emit readily detectable gamma rays. Also, the gamma rays contain a photon energy of 140 keV.

The thyroid gland can be found at the lower part of the neck, and it has a butterfly shape. Conditions that affect this organ of the body are known as thyroid disorders. Most metabolic is regulated by the thyroid; hence, it is a very critical organ. Technetium-99m has replaced the Iodine scans that were used before because of its efficiency.

A liver scan can be done to check if your liver has cysts, cancer, cirrhosis, or hepatitis. Technetium-99m has been the standard way of scanning the liver until the C.T. scan was introduced.

The bone marrow is vital because it’s responsible for the production of red blood cells. Technetium-99m is used as a tracer to check if your bone marrow is healthy. A nuclear medicine doctor to capture painless images.

A tiny amount of Technetium-99m is used as a tracer to send gamma rays inside your lungs. Then a nuclear medicine doctor uses exclusive scans that capture the image of your lungs. The scan is efficient when diagnosing specific lung problems.

Lower gastrointestinal imaging is done with the help of Technetium-99m. Abdominal scanning can be done to check if the bowel distal is bleeding.

Technetium-99m label red blood cells making a suitable intravascular agent used to image vascular abnormalities. Today monitoring the heart parameters without exposing a patient to a lot of radiation has been made possible by Technetium-99m radioactive isotope. This element can also be used to detect gastrointestinal bleeding.

Phosphorus-32 is very important in the nuclear medicine world as it is used to detect malignant tumors. Healthy cells accumulate a minimal amount of phosphate compared to the cancerous cells.

Low levels of Iron cause a condition known as anemia. Nuclear doctors use the radioactive Iron-59 to find out levels of Iron in your blood. Additionally, the lack of enough red blood cells can cause anemia. An alternative radioisotope known as chromium-151 can be used to determine the lifetime of a red blood cell. Further, it can be used to ascertain the flow of blood through the heart.

Cobalt-60 is used as a radiation source extensively to prevent the development of cancer. It is also used to treat laryngeal cancer. Cobalt- 60 is produced commercially by leaving cobalt rods. In a reactor for ten years.

Determination of thyroid function is one of the most important compared to other uses of radioactive isotopes in medicine. Additionally, the amount of iodide that has been absorbed by your thyroid gland can be measured with the help of radioactive iodine.

There are still so many tumors in which conventional chemotherapy has less to offer. So many drugs have been tried with no success. Nuclear medicine doctors and researchers are always looking for ways to deliver radioactive isotopes to these tumors selectively. There is an urgent need to slow cancer and reduce its painful symptoms until a complete cure has been discovered.