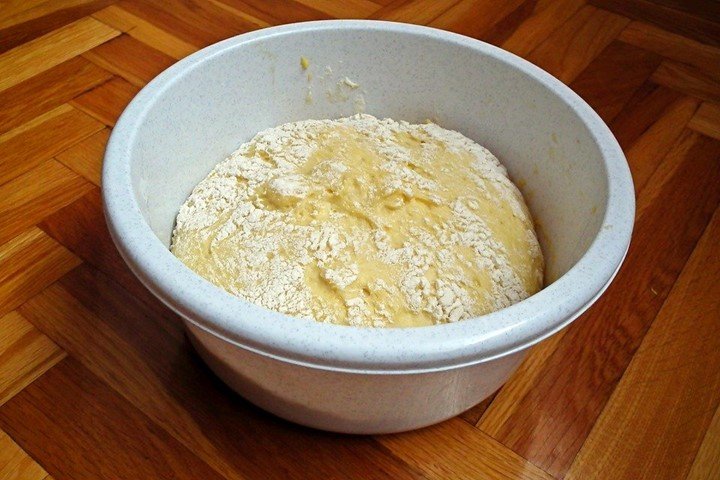 Yeast is a unicellular organism, which is part of the Fungi family. It is commonly known for its wide use as an ingredient in the baking of bread. However, the uses of yeast go beyond the kitchen, as this article will discuss.

The following are the most common uses of yeast; Yeast is used as an ingredient in the brewing of beer. The specific function of yeast in beer brewing is basically to facilitate the fermentation of the mixture, making it an alcoholic solution. If a person intends to make various tastes of the beer, they can include additional flavors in the yeast.

For those people experiencing hair loss, yeast can be the solution that they need. By making a hair treatment made of yeast, then applying this on the hair, a person can prevent hair loss. Furthermore, yeast-based treatments help to give the hair its shine.

Wine is manufactured using grapefruits. These fruits are first fermented, producing yeast. The yeast facilitates the breakdown of the grape sugar, creating alcoholic ethanol present in the wine.

Being a living organism, yeast consists of several different elements. These elements include amino acids and vitamins which are beneficial to the skin. Therefore, yeast, when added to skin creams, can be used as a skincare treatment.

Research conducted showed that adding two tablespoons of yeast to a diet is similar to taking in a cup of milk, or an ounce of meat. These two yeast tablespoons contain the same protein quantity as that available in the meat or milk. Collagen is a protein found in the skin. This protein component is what makes the skin firm. Yeast consists of proteins, which complement the functionality of collagen. Together with collagen, yeast helps in fighting skin laxity and the formation of wrinkles. This is why yeast is used in many skin moisturizers.

9. as a Food Topping

These days, it is not an uncommon thing to find yeast as an option in restaurants. The yeast provided is not the normal form of fungi we know. Rather, this is yeast made in such a way that it can be used as a food topping. It is used similarly to grated cheese.

This is the most common use of yeast all over the world. In the baking of bread, yeast is used to facilitate the leavening of the bread, or in other words, making the bread rise. The rising happens when yeast reacts with the oxygen present in the air.

Yeast is not only used in the manufacturer of beers and wine. Soft drinks and other non-alcoholic drinks also use yeast as an ingredient in the production process. Yeast is usually used to add flavor to these drinks.

Being single called organisms, yeast compounds contain cellular make-up in their structures. This make-up is what makes the yeast an important study component in the research about human genetics. For instance, yeast has been used to research on the mapping of the human genome.

A most recent invention in the world was the use of yeasts in the production of biofuel. Yeast works by turning sugar into ethanol. Fermented ethanol, in turn, can be used as fuel in vehicles, in place of diesel.

Most probiotic drinks today use yeast as one of the supplements. Also, some vegetarians take yeast capsules as supplements. Yeast is used as a supplement because it consists of vitamins and has a low protein content.

When yeast undergoes processing, it is used in the creation of yeast extract. Yeast extracts are used as ingredients in different food products, for example in Marmite.

Yeast contains antioxidant and purifying properties, which help in the restoration of the skin’s youthful glow. To make a yeast face mask, make a thick paste solution of warm water and one sachet of yeast. The paste is left to stand for about half an hour, after which you can apply on your face and leave for 20 minutes. Then, wash off the mask with warm water. Yeast can be used to make slug traps. Slug traps are made by making a solution of yeast, sugar, lukewarm water, and salt. They help to control the infestation of slugs, eliminating the need for using toxic chemicals.

If you have your flower garden, having yeast in your house can help you maintain the beautiful garden. Mixing yeast with honey and water makes good food for beneficial insects, such as bees. These bugs help in pollination and fighting off pests.

Yeast can also be used to speed up the decomposition process of organic matter. It is mixed with water and sugar, then added to the composite, where it acts as an enzyme.

A solution of yeast and water, when applied on the roots of rose bushes, has been proven to encourage the formation of buds. Yeast, therefore, makes a good ‘green’ fertilizer for rose plantations.

Bioremediation refers to the process of breaking down pollutants to make a cleaner environment. Some strains of yeast, such as the Yarrowia lipolytica, are used to breakdown hydrocarbons and absorb heavy metals in the environment. Yeast converts sugar to ethanol. Biotechnology industries have, therefore, specialized in the commercial production of ethanol, using yeast. The commercially produced ethanol finds application in almost every other industry.

In the aquarium field, yeast is used for the generation of carbon dioxide. Carbon dioxide is an essential element needed for the nourishment of aquarium plants.

This is a technique used to produce medicinal drugs, such as insulin and albumin. These drugs are manufactured through the genetic engineering of yeast.

In the field of biotechnology, yeast is used to produce heterologous compounds. This is because the yeast can convert sugars to carbon dioxide, as well as to ethyl alcohol. The conversion usually happens when yeast is exposed to oxygen in the air.

With all the important uses discussed above, yeast is indeed a must-have ingredient in all households. Do not just know yeast as an ingredient used in bread; make sure to explore the other numerous uses of this single-celled compound.

Uses of Olive Oil for Hair