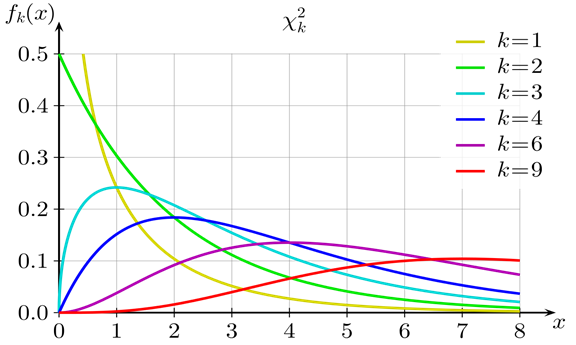 The Chi-square test is a commonly used term in research studies. This test is especially useful for those studies involving sampling techniques. It is mainly used for measuring the divergence and difference of the noted frequencies or results in a sample test. However, the Chi-square test also finds application in several other fields, as this article will discuss.

The following outlines 20 major uses of the Chi-square test;

3. The hypothesis of No Association

The Chi-square test is used in the test of the hypothesis of no association. This test could be between sample groups, population, or any other sampling process used. In this test, the recorded cell count is compared to the count which would be expected under the hypothesis.

5. Testing the Strength of Association

The strength of the association is a common element in studies such as the cohort study and the cross-sectional study. To test this strength of association, a Chi-square test is used.

In this field, the Chi-square test is mainly used for the comparison of incidences (or, proportions). These incidences are usually of the characteristics of two different groups.

This is the most common use of the Chi-square test. It is used to make Pearson’s Chi-square test, which is an essential tool used for comparing two or more categories, whose categorical data has been provided.

8. Testing for a Population Variance

10. Testing for Goodness of Fit

Take, for example, all the available TV channels, movies, and music. A study may be conducted to determine if and how the distribution of viewing these TV channels compare between the male and female gender. This would be a test for Homogeneity and is usually done using a Chi-square test.

12. The hypothesis of Equal Probability

13. The hypothesis of Normal Distribution

In the calculation of χ2, a person is required to make corrections for discontinuity, or Yates’ correction. These corrections can be easily done using the Chi-square test. X2 is used for testing of hypotheses.

The Chi-square test is an essential tool in market research. This is because the test can be used to determine the ‘goodness of fit’ of an item. Such a test helps in determining whether a particular item in the market has good quality, and hence, it’s potential for selling.

In surveying, the Chi-square test is used to analyze the cross-tabulations of the recorded data. The analysis of cross-tabulations is important since it indicates the frequency and percentage of the response data of the conducted survey.

All over the world, marriage and education go hand in hand, with each playing a role and affecting the other in a particular way. The Chi-square test can, therefore, be used in the research to find out how many people in a given sample population are affected by education and marriage.

The Chi-square test is used for determining the likelihood of an event happening. This is known as the probability of occurrence. Determining this probability can help a person or an organization to plan their events well.