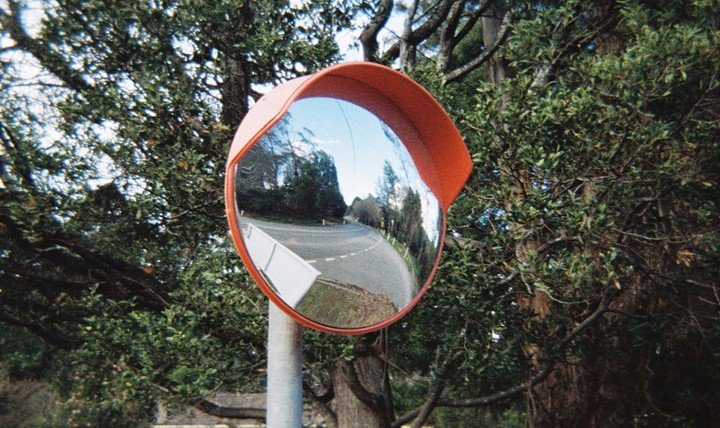 We have all come across or seen mirrors with surfaces that bulge toward the light source. These are convex mirrors. Simply put, convex mirrors are curved mirrors. The images formed by these types of mirrors are usually virtual and inverted. These features of a convex mirror are what give these mirrors their numerous practical applications in the day to day life, as discussed below.

Uses of a Convex Mirror

The following are 25 practical uses of convex mirrors;

Convex mirrors are usually installed in supermarkets, big shops, and large warehouses. Their sole purpose in these big houses is to prevent theft and other related cases. The mirrors are either placed on walls or shelves, giving a good overview of items, at all angles.

Convex mirrors have for long been used to make lenses of sunglasses. This is primarily because of their ability to magnify lenses. Furthermore, convex mirrors tend to reflect sunlight away from a person’s eyes, when used in sunglass lenses.

A convex mirror has the ability to spread light across a large surface area. Due to this aspect, convex mirrors have found practical application as street light reflectors.

5. Installed In Intersections and Corners

Large offices, warehouses, and hospitals tend to have many corners and intersections, at which people to bump into each other and many collisions occur. At these corners and intersections, convex mirrors can be installed. These mirrors make it possible for people to see around the corners clearly, hence prevent any collisions and bumping into each other. In an effort to enhance security, most banks employ the use of convex mirrors. These mirrors are placed near the ATMs. At such locations, the bank customers using the ATM are able to check and see if there is someone behind them and take necessary precautions.

Convex mirrors are used in the optimization of traffic safety. This is especially so in cases where drivers using industrial driveways have limited to no visibility. They are also used in increasing attention in the danger spots of an industry.

In places where roads intersect or make sharp corners, convex mirrors are installed as road safety measures. Such mirrors are useful to people and drivers, as they can carefully look out for any obstructions and avoid accidents.

Convex mirrors are used as an added security feature, in ordinary computer Monitors. Just like in ATMs, convex mirrors in computer monitors enable users to check what is behind them. Though items appear smaller, convex mirrors cover large surface areas.

There are devices used for checking underneath vehicles, for security purposes. These devices are made using convex mirrors, as they not only magnify objects but also cover large surface areas.

Convex mirrors and lens have the characteristic of focusing light. When light is focused, a cleaner image is formed. This is why convex mirrors have found application in cameras, for the production of clearer pictures.

Hypermetropia is a condition in which a person cannot see objects that are near, commonly known as long-sightedness. Convex lenses can be fixed in spectacles, so as to correct a patient’s vision. Convex mirrors generate images that have been magnified and inverted. The magnifying property of the convex lens is the principle used behind the development of microscopes. The presence of convex mirrors in microscopes is what leads to the production of inverted magnified images by microscopes.

Binoculars have convex mirror lenses incorporated in their structure. In binoculars, the convex mirrors are used for bringing distant light rays into the eye’s focus.

17. Can be attached to Calling Bells

Calling bells are usually found at hotels and other facilities which include a counter table. They’re also known as counter bells or service bells. Convex mirrors can be attached to calling bells.

When used in projectors, the convex lens generates enlarged and inverted images on the screen. These projectors can, therefore, be used effectively in conferences and schools.

In Multi-junction star cells, a convex lens is incorporated over the Fresnel lens. This action serves to enhance the set-up’s output power, at the same time performing the function of solar trackers. Convex mirrors are also used in telescopes, specifically the piano-convex lens. In telescopes, these mirrors generate magnified and closer images.

When you are out camping and you need to light a fire, you don’t necessarily need to have a matchbox. Convex lenses do the job pretty well. This convex mirror converges sun rays into a focal point, lighting up a fire in the process.

Most laser devices are designed with convex mirror lenses. The lens in these laser devices works to focus collimated light generated by laser beams.

Convex mirrors are installed in parking lots to make parking quite easier. These mirrors provide drivers with a wide range of view, such that they can see other cars as well as where to pack.

The uses of convex mirrors can simply not be exhausted. These simple yet creative works of Physics have found application in all industries. So, the next time you see a mirror, it wouldn’t hurt to take a second look, and if it is a convex mirror, take a moment to appreciate the people behind this marvellous piece of work!

Tags: 25 applications of a convex mirror, 25 Uses of a Convex Mirror