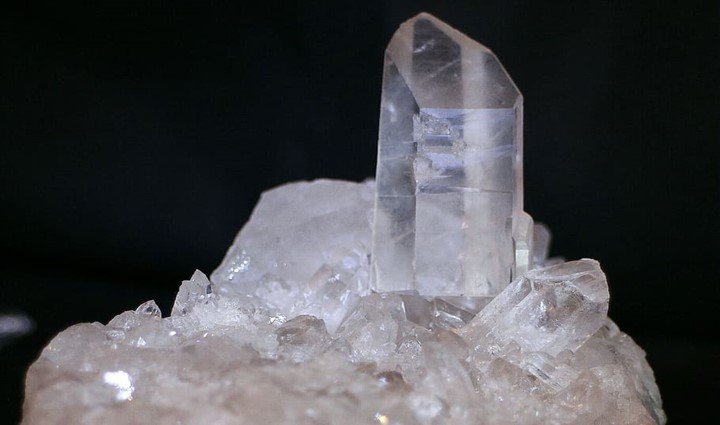 There is high quartz content sand that is used in the glass manufacturing industry. In addition to that, it is used in the creation of lenses, used for eyewear, sensors, microscopes, prisms, and other scientific instruments.

This crystalline mineral comes in different colors and is named accordingly. The precious gemstones are sold at higher prices for their durability and eye-catching color.

A common building material that has been used by the ancient Egyptians and in high rise office buildings is sandstone. Sandstone is used as a strong building block and can also be used in generating decorative tiles. Furthermore, it is used in the manufacture of roofing tiles, floors, and stairs. You might be familiar with the quartz watch revolution which began by Seiko.

The topmost characteristics of quartz are its high hardness, which makes it harder than other natural substances. Quartz sand and other finely ground silica are used in making scouring stain removers and sawing.

The ability of quartz to work as a stable resonator makes it valuable in various electronic applications for it to be used as a quartz crystal oscillator.

7. Used as an insulator

The high thermal resistance and the non-flammable nature of quartz make it the best mineral to be used as an insulator. The fibers are made-up and formed in the shape of wool, which can be used in the creation of different insulation products.

Crushed quartzite is used in the construction of roads, and making of the railway ballast.

Due to the beautiful nature of the rock, it has been used in making kitchen countertops and decorating the walls, and this has made homes to look even more beautiful. In addition to that, the wall polishes well and is durable, making it hard for it to crack.

Although making a tool out of this rock was difficult because of its hard nature, Paleolithic human beings made stone tools from this rock.

This is also a form of quartz, which has been broken down into smaller granules through the work of water and wind over time. Oil and natural gas recovery companies have also used commercial silica sand as proppants.

This is an alloy of silicon and iron, which contains an average silicon content of between 15 to 90 percent in weight. Ferrosilicon is used in the reduction of metals from their oxide nature. Besides, it is used in the deoxidization of steel. This is important as it prevents the loss of carbon from molten steel.

Quartz has a high resistance to heat and chemicals, making it the best mineral to use as foundry sand. It has a higher melting temperature, as compared to the other metals, making it fit to be used for common foundry work. Moreover, quartz sand is used in the smelting of other metals. The quartz sand cannot be crushed easily because of its high resistance to being crushed. In the petroleum industry, a process known as hydraulic fracturing takes place. This is where sand slurries are passed down gas and oil wells under extremely high pressures.

This amazing mineral also makes the best gemstone, especially because of its hard and durable nature. It also polishes perfectly as compared to other minerals. Some of the popular varieties that are used as gemstone include rose quartz, aventurine, amethyst, and smoky quartz.

Materials such as quartzite and other microcrystalline quartz rocks have an industrial term which is referred to as Silica stone. These stones are used in the production of hones, grinding stones, stoneflies, and oilstones.

This is an extremely fine grain crystalline silica. Commercial Tripoli is a pure silica material used in the making of toothpaste, buffing compounds, and jewelry-polishing compounds. In addition to that, it can be used as a polish when making rock tumblers.

In the healing kingdom, quartz is the most powerful stone used for healing, which can work on any condition. The stone of power, which is the clear quartz, is used in amplifying any energy.

Quartz increases spiritual growth, wisdom, and awareness. Furthermore, it also helps with improving one’s concentration and storing what one has learned.

Quartz is also used as a stone of harmony and in maintaining romantic relationships.

Many smooth stones that have been used in sharpening edged tools such as knives have been made from quartz. Hones, used in the sharpening of razors have also been made using quartz.