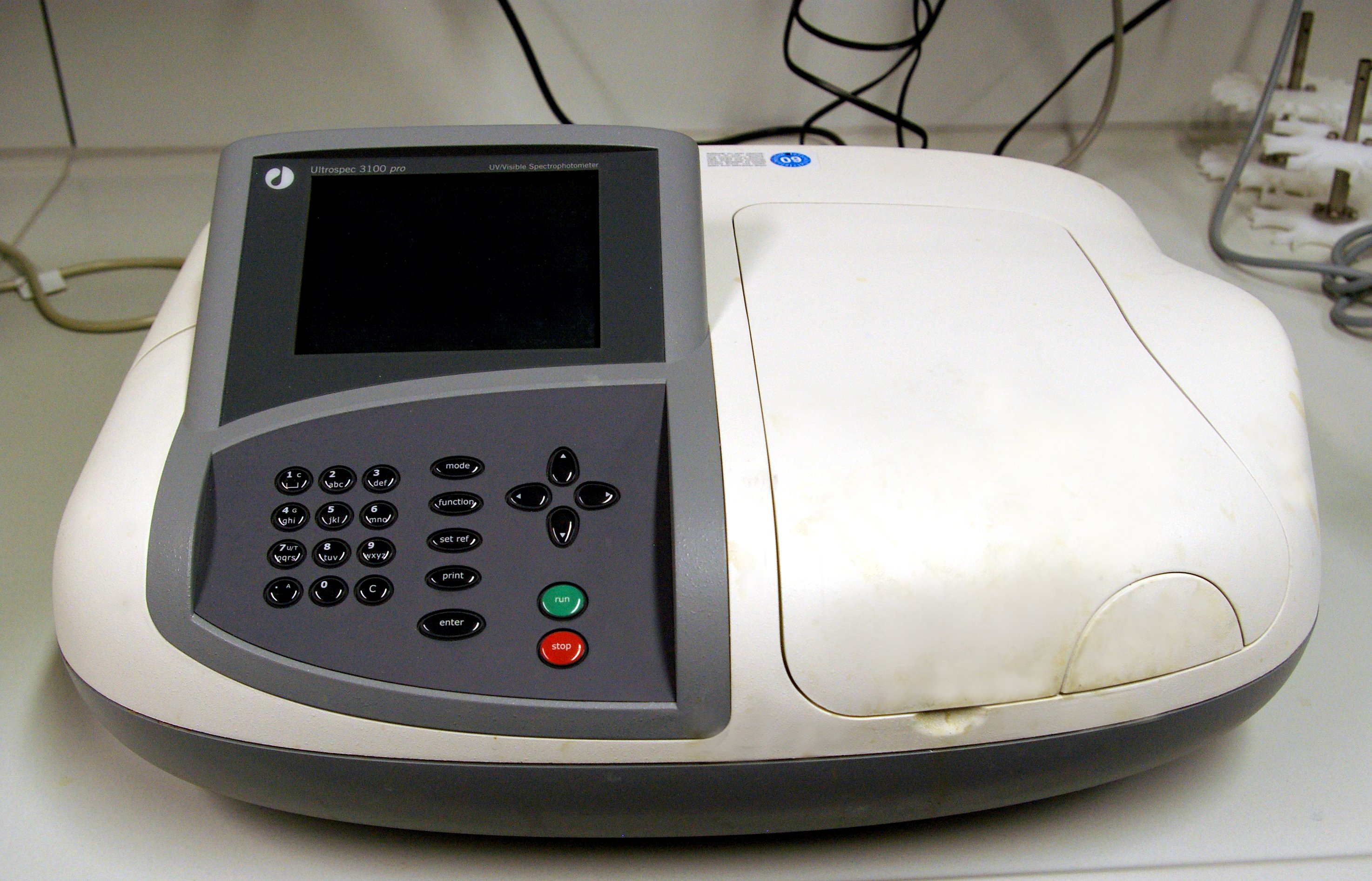 1. Determining the chemical make-up of a substance

A spectrophotometer was developed by scientists as a reliable source of determining the chemical make-up of a substance, assisting scientists in knowing what is contained in a particular substance.

Due to the ability of this apparatus in scientific fields such as microbiology, physics, and chemistry, spectrophotometer is used in the measurement of certain ingredients that are used in making drugs to ensure that the end product is safe for consumption by the consumers.

Apart from measuring ingredients in drugs, a spectrophotometer is used in microbiology to measure the rate at which bacterial growth occurs.

In hospitals, a spectrophotometer is used in determining and analyzing how much uric acid is present in a patient’s urine.

Consequently, a spectrophotometer is used to determine how a certain reaction has progressed over time. For instance, scientists studying iron deficiency in human beings use this apparatus to determine the agents which have been used in correcting this deficiency.

Since this equipment is used in measuring the amount of light absorbed. In case the sample that was taken reflects some impurities in the light, it means that there is an error, and in a case where there are no impurities, the substance under study is good for use.

There are different models of spectrophotometers used in clinical laboratories which have features that vary from one model to the other. General analysis and clinical experiments are best done with the 1000 series spectrophotometer, equipped with a large visual display for easy reading.

The spectrophotometer has flexible compartments for measurement, making it effective for use in doing as many experiments as possible, without being hindered by the cleaning process after every experiment.

Spectrophotometers are also used in large digital display, making it easier for scientists to conduct their experiments and see their results in a clear and large platform, aiding incorrect interpretations. This apparatus has proved important in this field as compared to the small analog gadgets which require an individual to move closer during observations.

The machine has inbuilt filters that are used in reducing any stray light and increasing focus and precision in finding the exact results. When the focus is increased when conducting experiments, scientists always end up with the right and accurate results which can be used for various purposes.

The gadget has an ability to force the displayed frequencies to return to zero when an input pulse is not received within the specified period of time during frequency measuring. This helps in the safekeeping of results even when scientists have taken a break from work after recording their results, as there is no chance for outsiders to manipulate the results when the time has expired.

13. Measuring concentration in a protein solution

In order to determine the amount of concentration that a protein solution possesses, a spectrophotometer is used in the calculation of the level of protein concentration.

Spectrophotometer breaks polychromatic radiations with the help of the monochromator, into component wavelength.

A spectrophotometer is made of materials which can be excited to high states by a high voltage electric discharge. These materials serve as brilliant radiant for energy sources.

The techniques used in spectrophotometer helps in the measurement of solute concentrations in a solution by measuring the amount of light that has been absorbed by the solution.

A spectrophotometer is used in determining how much a colored and colorless compound is concentrated by measuring the compound’s absorbance levels.

In the double beam spectrophotometer, the beam splits the one-color light into two beams responsible for standard solution and the test solution.

Uses of Radioactivity in Medicine

25 Uses of a Convex Mirror